According to data cited by the Inter-American Commission on Human Rights, more than 36,000 people were reportedly detained under the emergency regime established at the end of March.

The Inter-American Commission on Human Rights (IACHR) criticized on Friday the “suspension of rights” in El Salvador for the extension of the state of emergency in the country, and demanded that the government of Nayib Bukele improve the “deplorable” conditions in which the thousands of detainees are.

“The IACHR calls on the Salvadoran State to adopt the necessary measures to reduce overcrowding through the application of alternative measures to deprivation of liberty, as well as to guarantee dignified detention conditions,” the agency said in a statement.

The Salvadoran Congress approved the emergency regime in late March and extended it until the end of June to confer special powers on Bukele’s government to wage its “war on gangs” following an escalation of homicides.

The Commission explained that it is “concerned” about the extensions of the emergency regime and “the consequent restrictions on human rights,” since “the suspension of guarantees does not constitute a means to confront common criminality.”

He also condemned “the deplorable conditions of detention” that exist in Salvadoran prisons, as the agency found in a visit to the country in 2019, and that they would have been “aggravated” under the emergency regime.

According to official data cited by the IACHR, more than 36,000 people would have been detained under the emergency regime, and at least 21 would have lost their lives while they were deprived of liberty, of which half would have died by beatings.

The agency reminded the Salvadoran State that it “has the inescapable legal duty” to guarantee the life, health and integrity of those arrested, and urged to reduce overcrowding, offer good food and medical care, and facilitate visits in prisons.

He also reproached “the lack of public and accurate information” about the detentions and urged El Salvador to “comply with its obligation to immediately inform” the detained person, his relatives and representatives about the reasons for the arrest.

The agency has received information from civil society about arbitrary mass detentions, based on age, socioeconomic status and physical appearance, such as having tattoos. (https://www.infobae.com/america/america-latina/2022/06/04/la-cidh-exigio-al-gobierno-de-nayib-bukele-mejorar-las-condiciones-deplorables-de-las-prisiones-en-el-salvador/) 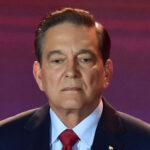 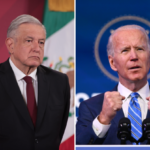 Next Story
US Readies to Host Regional Summit, But Attendance Still Unclear