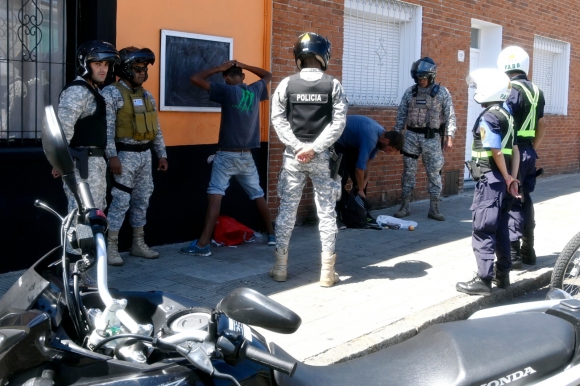 On December 1, 2021, the U.S. Department of State (DoS) announced a reward of up to $5 million for information leading to the arrest and/or conviction of Juan Carlos Valencia González, an alleged high-level member of the Jalisco New Generation Cartel (CJNG). The DoS considers the CJNG to be one of the most violent narcotrafficking organizations currently operating in Mexico. The U.S. Drug Enforcement Administration (DEA) claims that the CJNG began a move to expand out of Mexico several years ago, sparking a war between the group and its arch enemies, the Zetas Cartel, that continues to this day.

Within that international war, the CJNG reached Guatemala, according to information from InSight Crime. For decades, Mexico’s most powerful groups, such as the Gulf Cartel, the Sinaloa Cartel, and the Zetas, have partnered with Guatemalan trafficking networks to ensure a steady supply of cocaine from Central America. However, reports of CJNG involvement are recent and worrisome, says the organization, which studies organized crime in Latin America and the Caribbean.

According to the same organization, the group’s presence in Guatemala began to draw attention in September 2021 with a video posted online, in which armed men with Mexican accents claimed allegiance to the CJNG and accused Guatemalan police of stealing a drug shipment. “We’re coming for you,” said the masked subject recording the video, which was directed at the police. “You have 24 hours to give it all back.”

In December, evidence that the CJNG had its feet firmly planted in Guatemala emerged as authorities captured 12 members of a group, which, according to the Guatemalan Public, Interior, and Defense ministries, had been operating at the service of the Mexican cartel for cocaine transshipment in the country since at least 2018, when they began to track the criminal group, Salvadoran news outlet El Faro reported in February 2022. “The CJNG is no longer a rumor coming down from the Mexican border. It is a fact in Guatemala,” the news site said.

According to Argentine news site Infobae, the CJNG has been using a different and more discreet method to expand its influence in the Central American country, unlike the Zetas, who always used violent strategies to secure control of narcotrafficking. “Without the need to intervene in foreign territory with cells or armed groups, the organization led by Nemesio Oseguera Cervantes, alias El Mencho, has been building narcotrafficking networks with local Guatemalan groups on the Pacific coast and the western border with Mexico; as important points have been detected there to receive cocaine shipments coming from Colombia and Venezuela,” Infobae reported in May.

It may be that flying under the radar is a strategy CJNG leader are using to avoid a stronger response from Guatemalan authorities, as happened after the Zetas’ bloody campaigns in the country. Only time will tell. (https://dialogo-americas.com/articles/powerful-mexican-cartel-expands-in-guatemala/)

PAHO Calls for Reinforcement of Actions Due to Rising Syphilis Risks