Guatemala is going through one of its “worst moments” of corruption 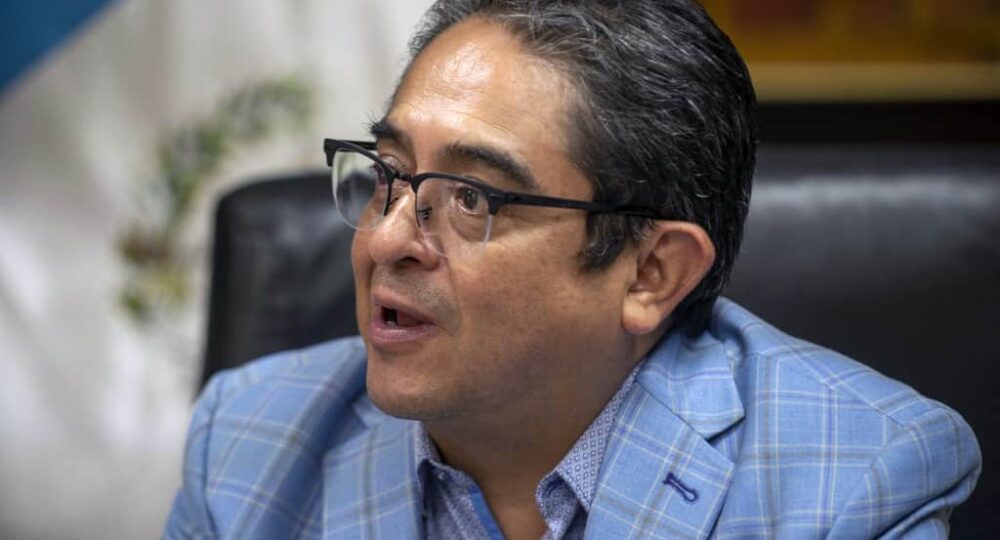 Guatemala is going through one of its worst moments of corruption as it is governed by an “authoritarian regime”, with “co-opted” institutions and persecution of prosecutors and judges who investigated mafias, considered the ombudsman Jordán Rodas, a thorn in the side of the last two governments.

The State’s main figure for the defense of human rights, Rodas will end in mid-August his five-year term marked by tensions with former President Jimmy Morales (2016-2020) and the current president, Alejandro Giammattei.

“We are going through one of the worst moments” in terms of corruption, Rodas said in an interview with AFP.

Guatemala was included in June, along with Cuba, Venezuela and Nicaragua, in a list of countries where serious human rights violations are detected.

The Inter-American Commission on Human Rights (IACHR) placed Guatemala on this list after noting a “progressive weakening of democratic institutions”, “systematic interference against the independence” of the judicial system, “irregularities in the process of electing judges” and “criminalization and stigmatization” of judges.

The conservative Giammattei rejected the accusations and assured that the IACHR judges his government with an “ideological bias” and meddles in internal democratic processes.

“We are facing an authoritarian regime. We have a masquerade of democracy but a very fragile one,” Rodas said.

Rhodes, a 53-year-old lawyer, took office on August 20, 2017 and a week later clashed with the government.

A judicial appeal by him rendered ineffective the decision of then President Morales to declare persona non grata the former Colombian judge Iván Velásquez, who was head of the International Commission Against Impunity in Guatemala (CICIG), a UN entity that together with the Attorney General’s Office uncovered corruption cases.

Morales accused Velásquez of interfering in internal affairs after the CICIG fingered him for electoral corruption along with important businessmen who were considered untouchable.

The president tried to force the CICIG out, but Rodas won the judicial battle. What Morales did then was not to extend the mandate of the mission, which closed its doors in September 2019 after 12 years of operation.

“From that point on, this tense, strained, burdensome and harassing relationship was marked permanently during the five years” with the government spheres, Rodas said, assuring that up to that point there had been “advances” in the fight against corruption.

But those achievements are now stalled by a “co-optation of the State” by the political and economic powers, which in his opinion are behind a “very well elaborated strategy” of judicial persecution against former officials of the CICIG and the Special Prosecutor’s Office Against Impunity (FECI), as well as independent judges and magistrates, to ensure impunity.

Several of those who investigated corruption matters have gone into exile for fear of attacks, including former Attorney General Thelma Aldana (2014-2018) and Juan Francisco Sandoval, former head of the FECI.

Sandoval, considered an “anti-corruption champion” by the United States, was dismissed in July last year by the current prosecutor Consuelo Porras, sanctioned by Washington and included in a list of “corrupt and anti-democratic” actors, or Engel List.

Despite the blemish, Giammattei re-elected Porras for another four years in the post.

“We are bottoming out, but they are pulling the rope a lot, they think that the population is holding on, but at some given moment that rope may burst (…) Guatemala is like a pressure cooker”, warned Rodas.

Last week, the United States included 16 other Guatemalans in the Engel List, headed by Rafael Curruchiche, the head of the FECI appointed by the questioned prosecutor Porras.

Rodas pointed out that the international community “can do more” and also sanction businessmen he believes are behind the criminalization of independent justice operators. He proposed “to go to the heart of who are those who feed this perverse strategy”.

The “economic sector” should “think again” and “see to what extent it will continue to give oxygen to authoritarian and corrupt regimes”, he said.

For the 2023 general elections, Rodas encouraged to avoid situations like those in Nicaragua, where opponents were accused of undermining sovereignty or laundering money, so they could not participate.

Although in Guatemala there is no presidential reelection, the attorney considers that the government may benefit the ruling party.

“Hopefully I don’t have a prophet’s mouth, but I think we could be like a Nicaragua, with a Daniel Ortega who empowers himself [and decides] who participates and who doesn’t.”