The US Military Trained Him. Then He Helped Murder Berta Cáceres

When Roberto David Castillo graduated from the US Military Academy at West Point, the Honduran cadet was confident he’d leave behind a legacy.

“He will be remembered by all as being a fearless leader committed to God, his family and serving others,” read the caption under his yearbook portrait.

Castillo is certain to be remembered: earlier this year, the Honduran high court found him guilty as the joint perpetrator in the 2016 assassination of the indigenous activist Berta Cáceres, then one of Latin America’s most prominent environmental defenders.

Cáceres was killed by a team of hitmen after years of death threats linked to her opposition of the 22-megawatt Agua Zarca dam, approved by the government without permission from the local indigenous people.

Castillo was the president of the company building the dam and the court concluded that he had used his military training to stalk her for years, while secretly helping coordinate the assassination.

Some of that training came from West Point, where Castillo studied from 2000-2004.

A Guardian investigation reveals how Castillo’s time at the prestigious military academy helped shape his career – and raises questions about the training provided by the institution to generations of Central American soldiers, some of whom later became involved with human rights abuses.

Xiomara Castro’s recent victory in presidential elections has raised hopes for ending a culture of impunity in Honduras. But Castillo has yet to be sentenced for his crime, and West Point has yet to publicly acknowledge the conviction of its alumnus.

Castillo was one of a handful of international students in his class at West Point. Travis Dent, a former roommate, remembers Castillo as a jovial and helpful friend. “I joke with him still that I failed English and he passed, because he was a very, very smart student when it came to the books,” Dent said. “We knew him just as another cadet.”

At West Point, Castillo studied the fundamentals of war, tactics and weaponry, later concentrating on electrical and computer engineering. But when international cadets return to serve in their home nations’ military, they benefit from more than just the academy’s training.

“It gives them institutional and social bragging rights,” said Martin Andersen, a former professor at the US National Defense University. And it can help them make powerful friends.

After graduating from the academy, Castillo returned to Honduras in 2006 to join the armed forces as a second lieutenant. His career illustrates what soldiers with connections can do in nations like Honduras, which has become notorious for its murder rate, state-sponsored violence and political impunity.

Castillo quickly became involved with the government-owned power company, first when the armed forces militarized it in 2007, then working with the company in 2008 once it had been taken over by the army.

While there, he joined the commission that negotiated contracts for Honduran hydroelectric projects with a subsidiary of Odebrecht S.A. The Brazilian conglomerate was later found guilty in the largest foreign bribery case in history after it paid hundreds of millions of dollars in bribes to government officials around the world.

By then, Castillo started a business that was caught selling equipment to the army at inflated prices. (He was later ordered to pay the government back.)

And when Castillo founded the energy company, Desa, in 2009, he again broke the rules, Honduran anti-corruption prosecutors argued in a separate case. Associates allegedly started it on his behalf while he continued to work for the government entity that approved the contract to purchase electricity from the future Agua Zarca hydroelectric dam.

“He got swept up into a power structure – and that’s the military in Honduras.” said Jackie McVicar, a human rights consultant who helped draw up a 2019 report on corruption in the Honduran energy industry.

When Desa began working on the dam, Castillo crossed paths with Cáceres.

As she rallied protestors and lobbied international groups to withdraw their backing for the project, Cáceres was spied on, tracked and threatened. According to her daughter Bertita Zúñiga Cáceres, Castillo played a central role in the harassment, constantly sending her text messages to remind Cáceres that he knew exactly where she was.

“He used his military skills to order her murder – and not just to kill her, but to persecute her,” said Brigitte Gynther, a human rights advocate who worked with Cáceres.

But after Castillo was arrested two years later, his former West Point roommate rallied the class in his defense. Dent lobbied the US ambassador to Honduras and contacted colleagues working for lawmakers and federal agencies.

“The vast majority of the entire class and everyone we talked to was up to help,” Dent said.

That Castillo had support from an influential US network was not an accident. West Point’s International Cadet Program “was established as a foreign policy tool to provide a means for the United States government to improve relations and to foster stability with friendly nations”, said a 1997 report in the academy archives.

And Central American cadets have been outsized fixtures of the program since it began in 1889. Since then, almost a fifth of the more than 500 international graduates have come from the seven small Central American countries.

US taxpayers have covered some or all of international students’ costs – an expense that should be viewed as an investment – the author of the 1997 report argued. After being exposed to US democratic ideals, he posited, they would spread those principles at home.

Similar arguments were made in support of the “School of the Americas”, a US Army program founded in 1946 to train Latin American soldiers – more than a hundred of whom have been accused of human rights abuse at home. Among them were two of the other seven men convicted in 2019 of participating in Cáceres’s murder.

“US-trained military figures have caused immeasurable destruction and death in Central America over the past several decades and continue to do so today,” said Gynther, now a coordinator at School of the Americas Watch.

Castillo is not the first example of a West Point graduate who failed to live up to the international program’s lofty ideals. After graduating from the academy in 1946, Anastasio Somoza Jr returned to Nicaragua where he became head of the national guard, then president and was accused of repeated human rights violations and the deaths of thousands. His son, Julio, was accepted by the academy in 1977, at the height of the regime’s war against Sandinista rebels.

In a recent presentation, West Point’s admissions team included Somoza in a list of “prominent international graduates” – with no mention of his career as a despot.

More Central Americans may have lived up to the ideals the program envisioned. But since the US army redacted the names of most previous international graduates on a list released to the Guardian and declined say how many former cadets have been accused of crimes, its effectiveness is difficult to measure.

“This is a public institution that should be publicly accountable for what it does,” said Beth Stephens, a professor of international law and foreign relations at Rutgers Law School, adding that the onus should be on West point to demonstrate the program doesn’t lead to human rights abuses abroad.

As the US government protects West Point’s international program from scrutiny, Honduran leaders continue to be linked to undemocratic actions and illicit activity.

One human rights expert said: ‘This … reinforces calls that the US must withdraw military aid from Honduras where there’s been a bloodbath since the 2009 coup.’

Juan Orlando Hernández became the country’s president five years after a Honduran graduate of the School of the Americas led a military coup in 2009. This year, the president – under whose rule hundreds of thousands of citizens have emigrated to escape poverty, violence and corruption – was identified by US federal prosecutors as allegedly taking bribes from drug traffickers and using the country’s armed forces to protect a cocaine laboratory. Hernández has repeatedly denied any ties to drug cartels.

Though shielded until now by a US policy of not charging sitting presidents, Hernández could be indicted as soon as Castro replaces him in January.

But Honduran cadets have kept training at West Point. One entered the academy in 2016, the year of Cáceres’s murder. (https://www.theguardian.com/global-development/2021/dec/21/the-us-military-trained-him-then-he-helped-berta-caceres) 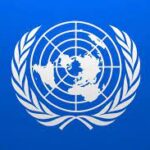 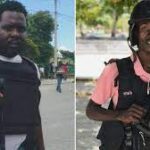