Cuba Committed to The Unity of Latin America and The Caribbean 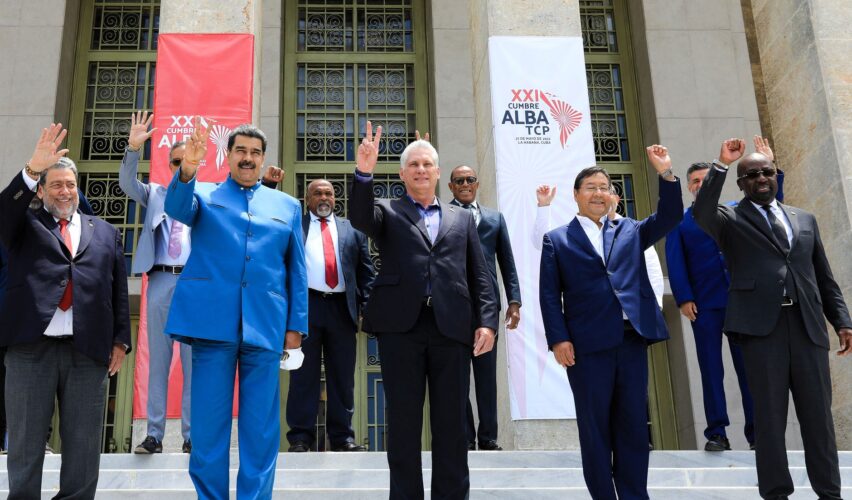 When inaugurating, in this capital, the XXI Summit of the Bolivarian Alliance of the Peoples of Our America-People’s Trade Treaty (ALBA-TCP), the President of Cuba, Miguel Díaz-Canel, reaffirmed his country’s commitment to the unity and integration of the nations of Latin America and the Caribbean, in the face of the divisionist policy of the United States. At the same time, the Cuban President stressed that it is essential to maintain a firm and articulated voice for sustainable development and the defense of sovereignty in the region.

In front of heads of state and government and representatives of the 10 countries of the Alliance, gathered at the Palace of the Revolution (headquarters of the Executive), he denounced that the United States illegitimately assumes the role of arbiter of democracy, and uses the Pan-American system as an instrument of domination.

He also rejected the policy of exclusion applied by the government of that power in the face of the IX Summit of the Americas, scheduled for next month in Los Angeles, and described the decision not to include Cuba, Venezuela and Nicaragua as a historic setback that harms the sovereignty of nations.

The United States takes advantage of its status as host in that forum to restrict the participation of countries with much to contribute to the event, he remarked.

In this sense, he highlighted Cuba’s achievements in confronting the Covid-19 pandemic supported by its health personnel and scientists, who developed their own vaccines and medicines, which they put at the service of the ALBA-TCP countries.

Díaz-Canel evoked the positions defended by Army General Raúl Castro at the VII Summit of the Americas held in 2015 in Panama.

On that occasion, the then head of state stressed that the creation of the Community of Latin American and Caribbean States (CELAC) showed that the region can move towards unity and the realization of common objectives within the framework of diversity.

The same thing happened with the proclamation of Latin America and the Caribbean as a zone of peace, adopted in this capital in 2014 during the Second CELAC Summit, Díaz-Canel pointed out.

In his speech, the Cuban president called for changing the rules of current hemispheric relations.

Diaz-Canel recently said that under no circumstances would Cuba attend the summit called by Washington.

“We share the position of the leaders of the region who have firmly claimed that everyone must be invited on an equal footing,” he asserted.

Last Friday a group of US congressman urged President Joe Biden to invite Cuba, Venezuela and Nicaragua to the Summit of the Americas, slated from June 6 to 10 in Los Angeles.

In a letter sent to the president on Thursday, a score of legislators said that the omission of the governments of those three nations could undermine the position of the United States in this region.

The Summit will be held at a critical moment for Latin America and the Caribbean amid the hemisphere’s struggle to overcome the health crisis caused by Covid-19 and dealing with the impact of climate change, they explained.

They added that, amid this situation, excluding countries might affect their relations with all American nations and jeopardize the ambitious plans enshrined in the White House’s economic plan, known as Build Back Better.

In late April, Cuba denounced its exclusion from the preparations of the summit and called this decision a “historic setback” by the Biden administration.

Since this announcement, the presidents of Mexico, Honduras, Bolivia, Guatemala, and other nations said that they would not attend the Summit if all countries from this continent were not present.

Cuban President Miguel Diaz-Canel Bermudez said on Thursday that regardless of Washington’s decision, he will not attend this event.

Same day, the Latin American Integration Association (ALADI) chose Cuba as the venue for the tenth edition of ExpoLADI 2023.

With its approval here by the Committee of Representatives in ordinary session, the annual event will return to its face-to-face format after two previous virtual events, in Ecuador and Uruguay, due to the Covid-19 pandemic. These are aimed at increasing and strengthening trade between the 13 member countries of ALADI and seek to enhance opportunities for companies, particularly small and medium-sized, to grow and increase their participation in the regional market.

It tries to favor the diffusion of the exportable offer, the best use of commercial opportunities and more knowledge and integration with areas such as the Multisectoral Business Macro-Round. 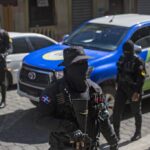 Next Story
Dominican Republic: Soldiers and Police on The Hunt for Criminals!