Mexico’s northern neighbors should respect sovereignty of other nations in region, president says.

“We have to convince the leaders of Canada and the United States … [to] change the policy of predominance that has been imposed, the policy of hegemony, of wanting to intervene in the internal affairs of other nations,” he said Thursday during a virtual meeting of the Community of Latin American and Caribbean States (CELAC).

“This obsolete policy – the interventionism, the coups – must be changed. [The United States and Canada] should respect the sovereignty of [other] countries [in the region] and … [realize] that we need each other,” López Obrador said. “[Together] we can become much stronger as a region in the world.”

The president’s remarks came a month after both the United States and Canada said they were challenging Mexico’s nationalistic energy policies under the three-way North American free trade pact known as USMCA.

Both before and after the two countries requested dispute settlement consultations, López Obrador has played the sovereignty card, asserting that Mexico has the right to make its own decisions about domestic matters.

While the energy confrontation could turn nasty – it might end with punitive tariffs being imposed on Mexican exports – AMLO appears unwilling to water down his plan to strengthen the Federal Electricity Commission and the state oil company Pemex at the expense of foreign firms, which have invested heavily in renewables in Mexico.

After encouraging his fellow Latin Americans to take up the fight to the “meddling” gringos and Canucks, López Obrador reminded them that the U.S. and Canada need workers from other Western Hemisphere countries to ensure their economies grow.

“The United States has a lot of capital, it’s a big market, it’s the same in Canada, but they don’t have [a big enough] workforce. We have that in Latin America, in the Caribbean and it’s no small thing,” said the president, who has pressured the U.S. to offer more visas to workers from Mexico and Central American nations.

“You can’t grow without a workforce. … So, why not complement each other? Why not integrate [in an economic] sense [while] respecting our sovereignties?”

During his address, López Obrador also praised his Argentine counterpart – Alberto Fernández, the current CELAC president, as well as Luiz Inácio Lula da Silva, the former Brazilian president who is aiming to dethrone Jair Bolsonaro at the general election in October.

“My support, my affection to Alberto Fernández; I want Alberto to do very well because Argentina needs a ruler like Alberto – he’s intelligent, honest and sensitive,” he said.

“I also send greetings to Lula, he visited us here and I wish him the best in the upcoming election. We’re respectful of the principle of non-intervention and people’s [right to] self-determination but we can’t hide our affection, our liking of the people of Brazil and its [former] leader Lula, who is going to be a blessing for the people of Brazil,” López Obrador said, expressing optimism that his fellow leftist would reclaim the presidency in Latin America’s largest and most populous country.

“With insecurity, investment here in Mexico from the United States and other countries cools off,” he told reporters on Thursday. “That’s contrary to what should happen under the USMCA dream. There should be more investment, but insecurity is a big factor for business people,” Salazar said.

After a meeting between López Obrador and United States President Joe Biden last month, Mexico and the U.S. pledged to work together to address security issues, including the challenges of fentanyl, arms trafficking, and human smuggling.

Salazar – who has been accused of being too close to AMLO – said it’s time for the bilateral security partnership to yield results.

Former United States President Donald Trump said in a 2019 tweet that the U.S. was willing to help Mexico “wage WAR on the drug cartels” but a U.S. military intervention – like any other foreign meddling in Mexican affairs – is not something that López Obrador, a staunch nationalist, could stomach. (https://mexiconewsdaily.com/news/amlo-interventionism-by-canada-us/) 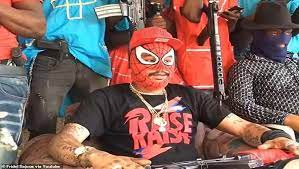 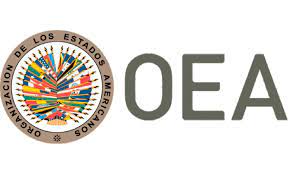 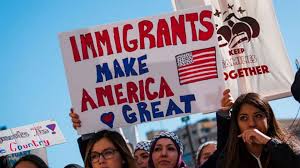