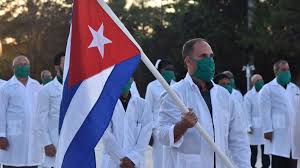 CUBA’S medical mission has been recommended for this year’s Nobel Peace Prize in recognition of its efforts in the fight against the global Covid-19 pandemic.

French solidarity organization Cuba Linda has called for the award to be given to the Cuban Henry Reeve Medical Brigade which has deployed health workers to more than 20 countries affected by the virus.

“The international community is witnessing the solidarity of health professionals who leave their own country to provide services and share experiences in other parts of the world, which in the case of the pandemic caused by the new coronavirus even reach the heart of Europe,” a statement said.

The brigade is named after Henry Reeve, a US-born solider who fought in Cuba’s army of liberation for seven years, taking part in more than 400 battles against the Spanish army in the war of independence.

It was formed by the late Cuban leader Fidel Castro in 2005 after the US rejected an offer of 1,586 humanitarian doctors to provide assistance in the wake of Hurricane Katrina.

With access to medical training open to all Cubans, the socialist island has continued to send medical teams across the world, despite hostility from the US which has accused the Cuban doctors of being exploited and even compared them to terrorists spreading ideological propaganda.

But the Henry Reeves Medical Brigade has remained on the front line, offering humanitarian assistance to earthquake victims in Pakistan and sending more doctors to the developing world than the World Health Organization (WHO).

Its efforts in confronting the Ebola pandemic in 2014-15 saw the brigade nominated for the Nobel Peace Prize by the Annual Conference of Norwegian Trade Unions.

The brigade then sent more than 400 health workers who were involved in dangerous face-to-face work in a region where health-care facilities and even basic infrastructure such as roads and communications systems were minimal.

While it did not receive the prestigious prize in 2015, the WHO awarded the Henry Reeves Brigade the 2017 Doctor Lee Jong-wook Memorial Prize for Public Health in recognition of its work.

Cuba Linda has created a Facebook page called “Prix Nobel pour les brigades medicales cubaines” (Nobel Prize for Cuban Medical Brigades to gain public support for the accolade to be given to the Cuban medics. (https://morningstaronline.co.uk/article/w/cuban-doctors-recommended-nobel-prize-regognition-coronavirus-efforts) 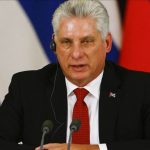 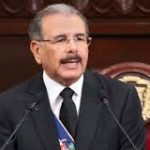 Next Story
Dominican Republic Extends State of Emergency For 17 Days