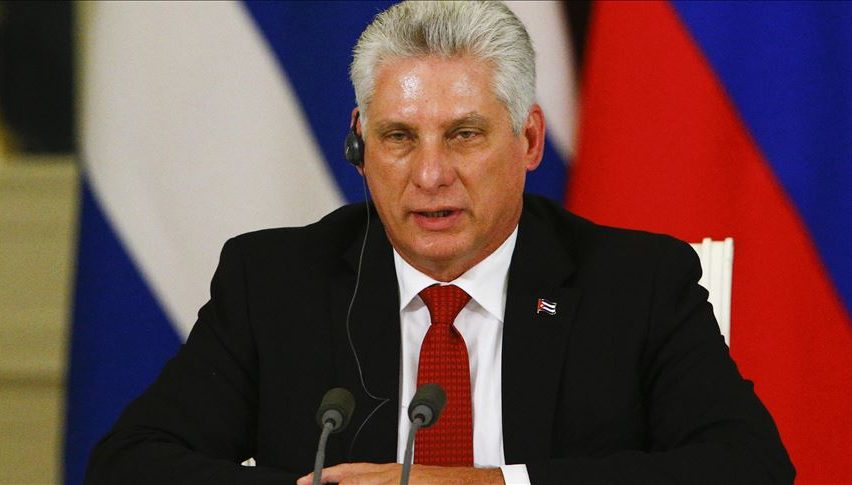 ‘Let us do it for the right to health, peace and development of our peoples, with strict adherence to the founding principles of the Movement. Let’s do it for life. Everyone’s efforts will be decisive’, he stressed.

Regarding the fight against the new coronavirus, the Cuban president urged governments to assume the responsibility of ‘combining wills and efforts to face this immense challenge’ and pointed out that international cooperation and solidarity will be decisive in the face of the pandemic.

Díaz-Canel reiterated that Cuba ‘will not abandon its vocation for solidarity, even though the United States government, for political reasons, continues to attack and hinder the international cooperation that our country offers.’

He denounced that with its policy of tightening the economic, commercial and financial blockade against the island, Washington puts at risk the access of tens of millions of people to health services.

In this regard, he noted that 25 new brigades of Cuban health professionals joined the efforts of 23 countries to combat the pandemic in the last month.

He noted that these brigades, belonging to the International Contingent of Doctors Specialized in Disaster Situations and Serious Epidemics Henry Reeve, joined those already serving in 59 States, many of them members of Mnoal.

At the virtual meeting led by Azerbaijan President Ilham Aliyev, the country that holds the pro tempore presidency of Mnoal, Díaz-Canel denounced the April 30 terrorist attack against the island’s embassy in the United States. (https://www.plenglish.com/index.php?o=rn&id=55290&SEO=cuba-calls-for-world-solidarity-in-non-aligned-summit-on-covid-19)

Statement by Miguel Díaz-Canel Bermúdez, president of the Republic of Cuba for the Online Summit of the Non-Aligned Movement in response to COVID-19.

Distinguished Heads of State and Government,

I thank Azerbaijan, the Chairman of the Non-Aligned Movement, for calling to this meeting to exchange on the urgent and needed efforts which allow us to face COVID-19.

I avail myself of this occasion to congratulate Uganda, which shall assume the NAM Chairmanship in the year of 2022. While assuring it Cuba´s full support, we wish Uganda success in the performance of such duty.

Due to its seriousness, I must denounce the terrorist attack with an assault rifle and over 30 rounds that hit  our embassy in Washington on April 30 last and demand from the United States government a thorough and swift investigation, harsh sanctions and security measures and guarantees for our diplomatic missions in its territory, as it must do under the 1961 Vienna Convention on Diplomatic Relations.

NAM has shown its relevance in the present situation. That is attested by the Communiqués that have been adopted in support of the World Health Organization and concerning COVID-19 and which call for global unity and international solidarity and cooperation and also for putting aside political differences and eliminating unilateral coercive measures which violate International Law and the United Nations Charter and limit the capacity of States to deal with the pandemic efficiently.

We acknowledge the role played by the Azeri Chairmanship of NAM in the implementation of these initiatives.

COVID-19 has proved itself to be a global challenge. It goes beyond borders, ideologies or levels of development. Therefore, the answer to it must also be global and joint and it should put political differences aside.

It is not possible to predict exactly the extent of its consequences. The high figures of infected persons and many human deaths are showing its devastating impact in an increasingly interconnected world which, still, has not been able to make use of such interconnection for the sake of solidarity and is paying today the price for its inability to correct serious social disbalances. It should be stated openly: Had we made solidarity global, as it was done with the market, the story would have been different.

There is a lack of solidarity and cooperation. Those values cannot be replaced with profit-making, which is almost the only incentive for those who worship the market while forgetting about the value of human life.

An analysis of the events that have disturbed humanity in the last four months must include the costly mistakes of neoliberal policies, which led to a downsizing of state management and capabilities, excessive privatizations and a neglect of the majorities.

This pandemic has evidenced the fragility of a fractured and excluding world. Not even those who are most fortunate and powerful would survive in the absence of those whose work create and sustain wealth.

The multiple crises it is bringing about foretell ravaging and lasting effects for the economy and all spheres of society.

The pandemic is worsening the pressing problems in a planet riddled with deep inequalities and where 600 million people are living in dire poverty and nearly half of the population have no access to basic health services, whose management is defined by the market and not by the noble goal of saving lives.

In the meantime, global military expenditures are over 1.9 trillion dollars, of which more than 38%, or 732 billion, were appropriated in the United States in 2020.

I wish to share with you this quotation from the Commander-in-Chief of the Cuban Revolution, Fidel Castro Ruz: “Instead of spending so much in the development of increasingly sophisticated weapons, those having resources for that should promote medical research and put the results of science at the service of humanity, thus creating tools for health and life and not for death.”

Let us call, together with the Secretary General of the United Nations, for the end of wars, including non-conventional ones, so as to safeguard the right to peace.

We reject the recent and serious military threats by the government of the United States against the sisterly Bolivarian Republic of Venezuela.

We reaffirm our solidarity with the government and the people of Nicaragua and reject measures against their right to wellbeing, security and peace.

The attempts at re-imposing the neocolonial past to Our America by publicly declaring the validity of the Monroe Doctrine are running counter the Proclamation of Latin America and the Caribbean as a Zone of Peace.

In this complex situation, the United States is attacking multilateralism and it disqualifies unjustly the role of international organizations, particularly the World Health Organization.

At the XVIII NAM Summit in Baku in October of 2019, we called for the strengthening of the Movement in the face of international challenges convinced that only unity would save us. It is the role of NAM to lead actions toward the write-off of the uncollectable foreign debt which burdens our countries and for the lifting of unilateral coercive measures being imposed on some of our nations as they, together with the social and economic effects of COVID-19, are threatening the sustainable development of the peoples.

We must face selfishness and be aware that assistance from the industrialized North shall be scarce. We have to complement each other, share what we have, support ourselves mutually, and learn from successful experiences. A useful choice could be resuming in the future the annual meetings of NAM health ministers in the framework of the World Health Assembly.

Cuba is ready to share its experiences with the NAM countries, to which it is bound by historic ties of friendship.

For Cuba, the challenge has been a mammoth one. In the months prior to the COVID-19 pandemic outbreak, we were already facing a ruthless tightening of the US economic, commercial and financial blockade policy aimed at bringing our trade and access to fuels and foreign currency to a full standstill.

Through tremendous effort and sacrifice, we have been able under such conditions to keep in place our universal and free public health system that has dedicated and highly-qualified professionals who enjoy world prestige in spite of the crude and slanderous campaigns by powerful adversaries.

The early warning signs on the possibility that COVID-19 would become a pandemic came in the midst of this suffocating context of an economic war, and that made challenges bigger.

Right away, we drew a plan including measures based on our main strengths: A well-structured State that has the responsibility to protect the health of its citizens and a society with mass involvement as to decision-making and giving solutions to its problems.

The work resulting from years of resource appropriations to develop and strengthen health services and sciences has been put to a test and the evolution of the epidemic in Cuba in the last two months is showing the good impact social investment policies may have when facing the biggest and most unexpected challenges.

In spite of the huge constraints being imposed on us by the protracted US economic, commercial and financial blockade, that are posing a big daily challenge to keeping our public health system in place and facing this pandemic in particular, we have ensured the right to health of the Cuban people with the involvement of society as a whole.

Scientific development has allowed us to treat different communicable diseases successfully both in Cuba and in other nations. This time, the pharmaceutical industry has expanded the manufacturing of drugs of proven efficacy to prevent and deal with COVID-19 that we have shared with other countries.

In response to requests that were made, in the last month 25 new medical brigades of Cuban health professionals have joined the efforts in 23 countries to fight the pandemic. They have joined those who have been providing services already in 59 States, many of which are NAM members.

Cuba shall not give up its solidarity vocation even when, out of political reasons, the US government continues attacking and obstructing the international cooperation being provided by our country, which jeopardizes access to health services for tens of millions of people.

We have a responsibility to combine our willingness and efforts to face this immense challenge.

Let us promote international cooperation and solidarity. Our endeavor shall be decisive.

Thank you very much. (http://www.minrex.gob.cu/en/statement-miguel-diaz-canel-bermudez-president-republic-cuba-online-summit-non-aligned-movement) 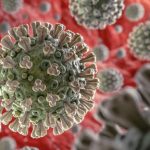 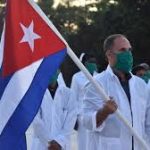