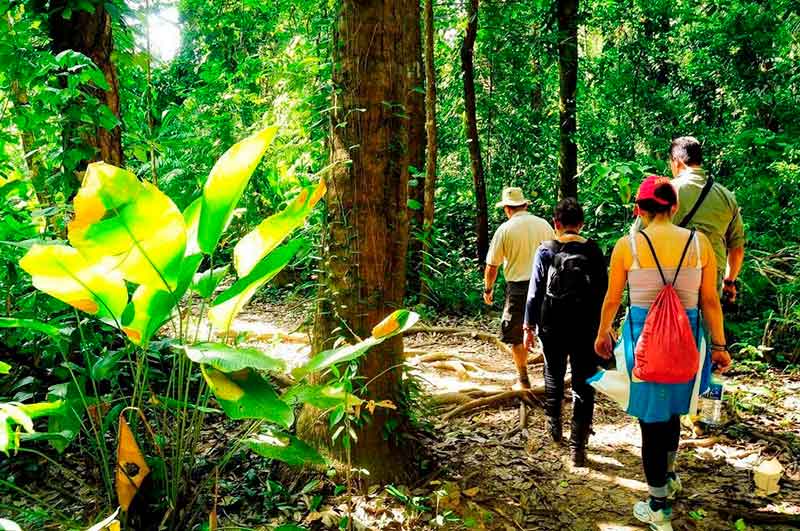 Costa Rica. Costa Rica consolidated its position as one of the best countries in the region, ranking number four in the annual country brand ranking – Tourism Edition, prepared by Bloom Consulting.  For the first time, our country surpassed Brazil in a list led in the Americas by the United States, Mexico and Canada in the first three places, respectively.

“The Costa Rica of wildlife wonders improved both its performance on social media and online. The strong digital demand of tourists in the United States has been key to achieving this success. By betting on sustainability as the engine of its economy, Costa Rica is consolidated as an example for other countries that opt for the same strategy,” said the Bloom Consulting study.

The relative advantage that the country enjoys at the moment is based on the differentiation and valuation of our country as an option to travel, which is the product in the first instance of promotional and marketing actions, within a planned and uninterrupted process of many years, which has required economic and human resources.

“In an industry as competitive as tourism, which is also very heterogeneous, marketing, advertising and public relations actions definitely contribute to the positioning of the destination in the minds of the best prospects or tourists with high interest in visiting us from our priority markets,” said Carolina Trejos, Marketing Director of the Costa Rican Tourism Institute.

This position has also been achieved by the country strategy that has been consistent, congruent and visibly welcomed by all subsectors: tourism, investment, trade and foreign relations, with a country message for everyone, each working from their area.

Trejos added that the “joint work we do from the ICT. marketing the destination, reinforcing the positioning of the country brand and being a promotion platform for private sector companies that decide to attend, for example, the international fairs and events that we organize, is awarded with this recognition. It also shows the resilience of Costa Rica and that behind tourism there is a trail that benefits everyone; we are a small country with a big vision.”

The spokeswoman concluded by stating that surpassing Brazil in this ranking in a year of recovery is very positive, it shows the efforts made by the country and how tourism has done an excellent job in the image, product and sustainability, benefits that expand to the sectors of investment, trade and diplomacy.

“Nine years after its creation, Esencial Costa Rica has better understood the digital ecosystem, generating valuable information that can be used by other means for a digital consumer that is evolving and demands reliable and interesting information for their decision making,” added Daniel Valverde, Director of Communication, Marketing and Country Brand, PROCOMER.

Valverde added that “the good performance of Esencial Costa Rica, also positively impacts the trade sector, where in the same ranking in its Commerce edition, Costa Rica has been rising, entering the Top 10 of the Continent.”

How is the ranking done?

Bloom Consulting annually publishes the Bloom Consulting Country Brand Ranking in two separate versions: Tourism and Commerce. The main objective of the rankings of the classification of Country Brands Tourism Edition and Commercial Edition of the years 2022-2023 is to measure the impact that perceptions and reputation at an international level can have over time in each country brand.

The ranking determines the position a country has according to its economic performance based on previous economic history and is a picture of the efforts made by each country. Ranking uses dozens of variables to position countries by facts and mathematical algorithms rather than pure opinions, as other countries’ brand rankings do. The methodology measures the coherence between a country’s external messages and its actual economic performance.

The higher a country is on the list, the better it will compare to its competitors in positioning itself to attract foreign direct investment or tourists.

The country brand is a term or concept used in marketing and communication to refer to the intangible value of the reputation and brand image of a country through multiple aspects, such as its products, whether tourism, culture, sports, companies and / or public bodies, which determine the values that are associated with that nation. A good country brand is an added value for products from that territory, as well as for tourism, the attraction of foreign capital, the recruitment of labor and its political and cultural influence in the world.

The Government of Costa Rica, through Executive Decree No. 37669 of March 22, 2013, signed by the former President of the Republic Laura Chinchilla Miranda and the Ministry of Foreign Affairs and Worship, together with other institutions, established a regulation that created and organized a national committee for the elaboration of a country brand on the basis of previous experiences related to the campaign “Costa Rica,  without Artificial Ingredients”, regulated the use of the Costa Rica Country Brand and declared that it was in the public interest to do so.

This process was delegated to other institutions and finally the Country Brand “Costa Rica Essential” was launched in September 2013, after a four-year process in which the Costa Rican Tourism Institute, the Ministry of Foreign Trade, the Foreign Trade Promoter and CINDE initially intervened.

Some recognitions obtained by the Essential Country Brand Costa Rica are:

2020 – Presidency of the Ibero-American Council of Country Brands.

Latin America and the Caribbean have an Internet gap: Can it be ...