What’s Behind the Dominican Republic’s New Surge in Covid-19 Cases? 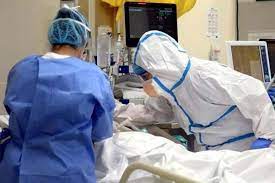 Only a couple of weeks ago, Francis de la Nuez and his wife were elated about expecting a baby girl. But Covid-19 put a tragic end to their hopes, cutting short a 34-week pregnancy.

“My wife contracted Covid-19 10 days ago. She had a high fever. She also had very severe muscle pains which caused her to have contractions. Our baby girl died. When we went to get a sonogram, it was already too late,” he said.

His wife is still recovering in the hospital’s intensive care unit. The de la Nuez family is one of many dealing with yet another wave of infections in this Caribbean nation of nearly 11 million. Last week at the same hospital, 17 of 18 beds in the ICU were occupied and there was only one ventilator left.

Until recently, the Dominican Republican seemed to be heading toward normality. September saw a record number of tourists visit the Caribbean nation, and more than 2 million students in the public education system returned to in-person classes for the first time in more than a year. On October 11, the country’s nationwide state of emergency was lifted.

But was it too soon?

Less than two weeks later, Carissa Etienne, director of the Pan-American Health Organization (PAHO), announced that while the Covid-19 trend in most of Latin America and the Caribbean was downward, new cases had increased by over 40% in the Dominican Republic.

Dr. Jorge Marte, director of the Center for Diagnosis, Advanced Medicine and Telemedicine (CEDIMAT), one of the main hospitals in Santo Domingo, points to the spread of new variants and the reopening of schools as significant factors in the country’s surging case numbers.

The country’s public health ministry quickly sought to wrest control of the new spread, announcing on Oct 8 new precautionary measures requiring people aged 13 and older to show a vaccination card or negative PCR test in order to access public places, like schools and workplaces. Proof of vaccination would also be required for entrance to restaurants, gyms and public transportation.

But those measures could only go so far, according to Marte, who says that despite the introduction of booster shots, the country’s overall vaccination campaign has been insufficient.

Less than 50% of the total Dominican population has been fully vaccinated, according to JHU. The government had aimed to vaccinate 70% of the country’s eligible population with at least two doses.

“We have yet to vaccinate the population target we set for ourselves,” says Marte, who also serves as a presidential health adviser.

Dominican Health Minister Daniel Rivera has described the virus’ resurgence as a crisis of the unvaccinated, who are taxing health resources and occupying ICU beds.

“Out of the last 31 people who died, 29 of them were not vaccinated at all. And the only person who was vaccinated and died was a 68-year-old patient,” Rivera said during a press conference last week.

Dr. Indira Jiménez, who’s in charge of the Covid-19 unit at Francisco Moscoso Cuello Hospital, told CNN that 90% of the infected patients arriving at her hospital were unvaccinated or had only received one shot.

“There has been a very noticeable increase in the number of infected patients. Those who are being admitted in the intensive care unit are coming to us already in critical condition,” Jiménez said. On Friday, there were no available ventilators in her hospital at all.

Death rates are still far lower than in the earlier days of the pandemic, however. Eighteen people died of Covid-19 the last week, compared to 165 deaths in the first week of February — the peak for Covid-19 fatalities in the Dominican Republic so far.

Recently Marte says he has also noticed a new factor in Covid-19 hospitalizations.

He says Sinovac alone, one of the vaccines the Dominican Republic relied upon heavily, did not deliver the results health authorities were expecting, though conclusive studies are still pending. The country has introduced booster shots to amp up protection, but those have not yet become widespread, with only 1.2 million recipients so far.

In fact, the Dominican Republic was the first country in Latin America to approve booster shots, starting with its health care workers in July. It was not the only country in the region to start supplementing its Sinovac campaign however.

After yet another devastating wave of infections, Chilean President Sebastián Piñera announced in early August that those who had received two doses of the Sinovac vaccine were eligible to get a booster shot from either AstraZeneca or Pfizer, starting with the elderly. And Uruguay’s health ministry made a similar decision, opting to give Pfizer booster shots to residents who had received two doses of the Chinese-made vaccine.

“What I can tell you with very objective data is that there’s an enormous difference between those who have received two Sinovac doses versus the ones who have added a Pfizer booster shot to those two Sinovac shots,” Marte said.

“In the whole country there’s not a single individual who has received a Pfizer booster shot and ended up hospitalized.”

Marte also said that out of 17,000 Covid-19 patients seen at his hospital, only five contracted the virus after getting the Pfizer booster shot. One was an 86-year-old patient, and another was a 78-year-old suffering from diabetes and cancer. None of those five ultimately required admittance, he said. (CNN) 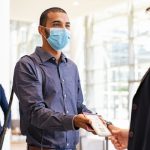 Next Story
Canada Introduces New Requirement for All Air Travelers