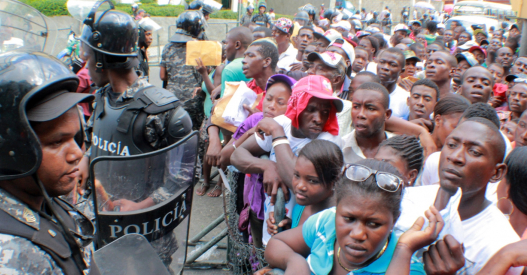 The situation in Haiti has not been getting any better, and Dominican Republic is one to know.

Many rich Haitians are now seeking visas to come to the neighboring Caribbean nation, the Dominican Today reported.

Violence instigated by local gang groups has caused terror among Haitians. Most of them vie control over neighborhoods, streets of Port-au-Prince, Cap-Haitian, and other cities of Haiti, triggering an onslaught of adversities such as lack of security, jobs, food and fuel, and the bankruptcy of businesses.

But Dominican Republic can only do so much; it also has its own concerns to deal with. For starters, the country is still on UK’s Red List, along with Colombia, Ecuador, Haiti, Panama, Peru and Venezuela. Since January last year, the country has recorded 368,131 confirmed cases of COVID-19 with 4,082 deaths, according to data gathered by the World Health Organization (WHO).

The administered doses for COVID-19 in Dominican Republic recorded to 12,072,407.

The local paper further reported that a “Dominican diplomatic source in Cap-Haitian has confirmed that in the consular legations operating in Haiti, there has been an increased flow of people from all social strata who want to obtain their visas to enter Dominican territory.”

George Bazin, a Haitian business owner who was forced down to close their chocolate factory after a local gang’s raid, fled with his wife and two minor children to Dominican Republic.

“They gave (the visas) to us for six months and we have been here for two and a half months now; we like this country very much and we don’t want to go back,” Bazin said.

“Why live in Haiti, if there is no security for anyone or anything, and these kidnappings have people scared,” he added.

According to the report, Bazin is now looking for a place in Santiago to start his medium-sized chocolate industry once again with a partner of the exact origin.

Available statistics and reports show that there are 76 known gangs in Haiti, and roughly 500,000 illegal weapons are said to be circulating in the ailing country. (https://thecaribbeannewsnow.com/haitians-flee-to-dominican-republic-for-safe-refuge/) 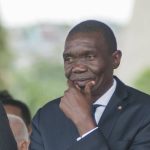