Amid spread of the new Omicron variant of the coronavirus, the World Health Organization has issued new advice urging some people, including those over 60, against international travel.

The international health body issued an advisory Tuesday stating there is still much unknown about the new variant but investigators have observed a large number of mutations, some of which have them concerned.

While studies on the impacts the variant’s mutations may have are ongoing, the WHO issued the notice advising those at increased risk of developing severe disease and death to avoid international travel, including people over 60 years of age and those with comorbidities, such as heart disease, cancer and diabetes.

It also advised those unwell and the unvaccinated to postpone travel.

Preliminary evidence suggests Omicron has an increased risk of reinfection compared to other variants, and the WHO expects more countries to detect infections as they up surveillance and sequencing efforts.

The advisory was issued to inform countries and individuals on ways to stymie its spread, including urging countries to apply an evidence- and risk-based approach to implementing travel measures.

The variant was first reported to the WHO by South Africa on Nov. 24, prompting 56 countries to impose travel restrictions, including banning travel with southern African nations, to prevent the variant’s spread.

WHO health officials have warned against blanket travel bans, saying they do not prevent international spread of the disease while putting a heavy burden on lives and livelihoods and potentially impacting global health efforts by disincentivizing countries against reporting and sharing information about outbreaks.

South Africa, one of the countries targeted by the travel ban, has criticized the moves as punishing it for having the technology and knowledge to be able to detect the variant.

“This latest round of travel bans is akin to punishing South Africa for its advanced genomic sequencing and the ability to detect new variants quick,” the nation’s foreign ministry said Saturday in a statement. “Excellent science should be applauded and not punished.” (https://www.upi.com/Top_News/World-News/2021/12/01/switzerland-WHO-travel-advisory/5051638335970/) 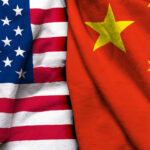 Next Story
Bodies Hanging from Mexico Overpasses: Powerful Drug Cartels Are Back to Their Old Tactics