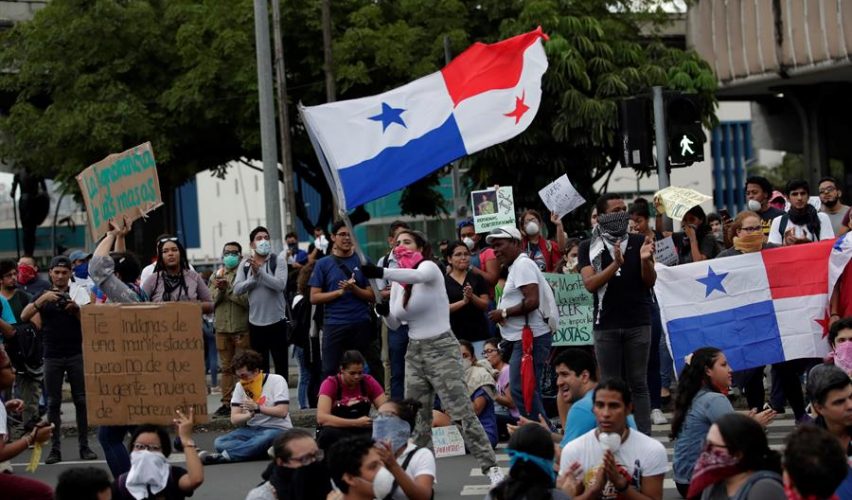 A wave of protests in Panama demands government support. Protesters on the street complain that the slogan of the “Stay at Home” has been disastrous for their pockets. As Elizabeth González reports from Panama City, the government says it is strengthening social assistance mechanisms.

The pandemic for Covid 19 expands in the Central American country and with it also the social discontent generated by exponential unemployment and the food crisis, however, protests and the signal against the government of President Laurentino Cortizo had been expressing itself since the end of 2019 after the attempt to approve constitutional reforms.

The questioning of the Panamanian people has since been reflected with youth and worker sectors on the streets in the face of the content of the constitutional debate under a regime that has ensured their stability under a system of corruption and deep social inequality.

In this scenario, the Pandemic by Covid 19 is now striking in Panama, a country where most employment is informal and where according to statistics from the Ministry of Labor and Labor Development (Mitradel), until April 15, 48,498 people kept their employment relationship on hiatus, i.e. they are not generating income. The province most affected is Panama with 28,829 contracts suspended. It is followed by Chiriquí with 5,567 and Panama West with 3,304.

85% of suspended contracts have been registered in the tertiary or services sector, such as commerce, hotels, restaurants, industries, logistics, entertainment, administrative and financial services, which generate three out of five jobs. The sectors most impacted by the pandemic account for 936,652 jobs, of which 45% (423,120) are employees.

The scenario is worse if informal workers (716,113) and SME workers (296,259), who will also be impacted by the coronavirus crisis, and who account for more than one million, or half of the Panamanian workforce, are considered to be considered. Although Covid-19 is a real and imminent threat to economic stability, over the past eight years, three out of four new jobs created were informing them; between 2018 and 2019, 100% of job expansion was informal. Forecasts indicate that the trend will continue aggravated by coronavirus and that unemployment will reach 14% by the end of 2020.

Thus, the first protests at the end of March were recorded in the Curundú corregimiento, where residents demanded food aid from the National Government.

Like many of the governments of the isthmus region, measures against these early outbreaks of President Cortizo’s discontent were to implement curfew and militarize the main points of the country during the current contingency including the deployment of National Police forces to dissolve demonstrations that, to date, have had as a balance at least 100 detainees , among women, workers and youth sectors.

On Thursday, an anti-Disturbios squadron took the so-called ‘Corredor de los Pobres’ to dissolve the demonstration carried out by a group of people claiming the bonds and bags of meals of the so-called Panama Solidarity Plan.

The National Government has reiterated that it continues the distribution of social assistance from the so-called “Panama Solidarity Plan” which only includes 495 thousand bags of food and the delivery of 366 thousand bonds for the whole country. (https://enlamira.com.sv/2020/05/04/panamenos-salen-de-sus-casas-para-protestar-porque-dicen-que-tienen-hambre/) 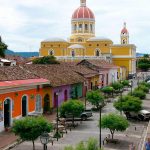 Next Story
Trump’s Message to Central America: Want Ventilators? Help Us With Immigration