Live: Bruno Rodríguez speaks with the press regarding attack on Cuban embassy in the United States 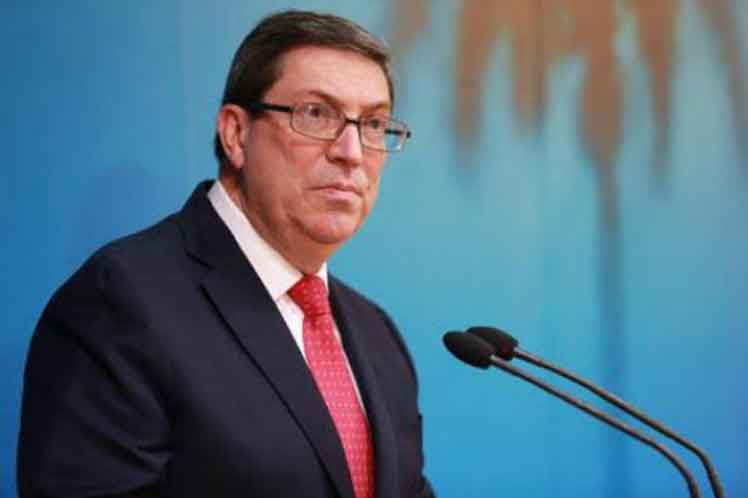 Cuba. Today, May 12, Cuba’s Minister of Foreign Affairs, Bruno Rodríguez Parrilla, is holding a virtual press conference to discuss the terrorist attack on the Cuban Embassy in the United States, which occurred last April 30.

The Foreign Minister is answering questions from the national press and international correspondents.

Cuba denounced on Tuesday that the United States Government has chosen to silence the terrorist attack on April 30 against the island’s embassy in Washington.

This was stated by Foreign Minister Bruno Rodriguez at a virtual press conference, broadcast by national television.

The State Department and the U.S. Government have decided to silence this terrorist attack, he stressed.

Since the moment of what he called terrorist act, there has been no public statement or rejection of the armed aggression against the Cuban diplomatic headquarters. He pointed out that this attacker had confessed to the local police that with the 32 projectiles fired he intended to beat whatever was in front of him, whatever was in his line of fire, at a time when 10 Cuban diplomats were at the embassy headquarters.

The foreign minister acknowledged the professional and prompt performance of the U.S. police and Secret Service, while criticizing the State Department for taking five days to communicate with the Cuban authorities and issue a brief statement on the events.

It is necessary to denounce the United States conspiratorial silence, stressed the foreign minister.

The attack was perpetrated by Alexander Alazo, a citizen of Cuban origin who has been living in the United States since 2010. Before traveling to Washington DC. he met in Miami with Cuban-American groups known for their violent position agaisnt Cuba, Rodriguez mentioned. The Cuban minister delved into Alazo’s attack plan, who had prepared the attack two weeks in advance and moved more than once in the area outside the Cuban diplomatic headquarters in Washington.

He noted that public legal documents establish that Alazo had previously visited a hospital where he expressed his delirium of persecution by Cuban agents, adding that this person also visited several agencies of the United States Government, where he denounced that the Cuban agents allegedly intended to assassinate him.

It is up to the White House to clarify what decision it made with Alazo’s allegations, the minister said, stressing there is evidence of negligence on the part of that government. The foreign minister said that the State Department took almost five days before issuing any official communication about this serious event.

Cuban Foreign Minister Bruno Rodriguez linked the man who attacked the Cuban embassy in the United States last month to US officials with proven aggressive record against the Caribbean country.

During a virtual press conference with new elements of the April 30´s attack against the diplomatic mission by the Cuban-born US citizen Alexander Alaso, Bruno Rodriguez linked the attacker to congressmen Marco Rubio and Mario Diaz-Balart.

Bruno Rodriguez explained that Alaso also had contacts with some other Cubans with aggressive record on the Caribbean nation at the Doral Jesus Worship Center in Miami Dade, including Pastor Frank Lopez.

The Cuban foreign minister urged the US government to thoroughly investigate all links and connections with groups and individuals who has an instigating violence and terrorism record on Cuba, such as those who gather in that worship center.

Referring to unemployed attacker’s financial problems, the Cuban diplomat called Washington for determining where the money came from for conducting the terrorist attack on the Cuban embassy.

He noted the attacker acted normally and with a religious attitude when he was living in Cuba, his eight visits to the US after emigrating to Mexico (2003) and subsequently to the United States (his last stay on Cuba was in 2015) and his consular contacts with Cuban officials.

The American government must be asked how an individual with peaceful attitude becomes someone who travels from one state to another, and launches an armed attack against an embassy in that country, he asked.

The conspiratorial US silence becomes suspicious when its services are constantly monitored against violent groups, including anti-Cuban ones, the foreign minister stressed. 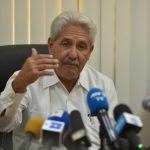 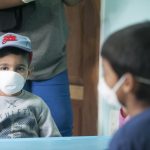 Next Story
Rethinking Covid-19 in Children