The co-director general and administrative of the Nicaraguan Institute of Tourism, INTUR, Anasha Campbell, and representatives of the Embassy of Nicaragua in the United Kingdom, attended the ceremony of 2019 Selling Travel Agents Choice Awards of the “Selling Travel Magazine”.

On behalf of the Government of Reconciliation and National Unity, they received the “Global Eco-Friendly Tourist Destination” award, awarded to Nicaragua during the World Tourism Market “World Travel Market” in London.

The award presented by Steven Thompson, editor of Selling Travel Magazine, is the result of a vote by the magazine’s travel agents, one of the most important in the British tourism industry.

The ceremony presented more than 45 awards, to destinations and companies around the world, and were present ministers, officials, managers of countries, companies and institutions and non-profit organizations, many of which -like the Caribbean Tourism Organization– came to congratulate Nicaragua for such an important award. (https://thecostaricanews.com/nicaragua-awarded-for-environmentally-friendly-global-tourist-destination/) 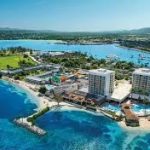 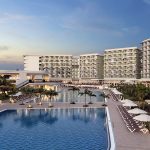