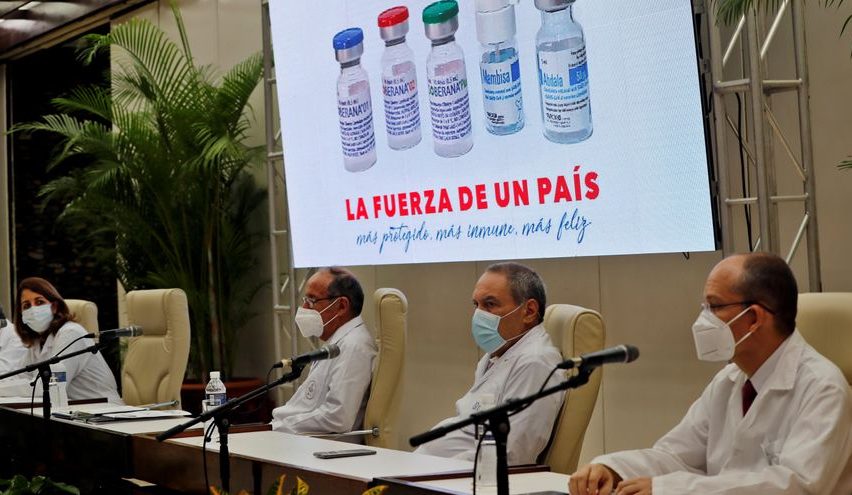 Cuba would be better prepared to cope with the pandemic if US sanctions are lifted to allow for medical supplies.

You recently talked about Cuba and its COVID-19 vaccine campaign at a White House press conference, saying: “I would be prepared to give significant amounts of vaccines if … an international organization would administer those vaccines and do it in a way that average citizens would have access to those vaccines.” You also called Cuba a “failed state”.

These statements surprised many, including those in the United States who have had first-hand exposure to Cuba’s healthcare system. Your words also rankled front-line Cuban health workers risking their lives to contain the COVID-19 epidemic in our country.

They do not reflect Cuban reality, and we deplore that disinformation by malicious actors is influencing your policy decisions. As scientists, doctors, and concerned citizens, we believe it is worth fact-checking three assumptions implicit in what you said.

Assumption one: International intervention is needed to ensure all Cubans receive vaccines.

Assumption two: Cuba’s response to the pandemic has been dismal, symptomatic of a “failed state”.

Assumption three: US-supplied vaccines are the only route to guarantee COVID-19 immunization for Cuba’s 11 million people.

Let us take these, one by one. The first assumption – that intervention is needed to guarantee vaccine access for all Cubans – suggests that vaccine rollout in Cuba is inefficient and discriminatory. But the data does not support this.

In fact, as both UNICEF and the World Health Organization (WHO) have confirmed, childhood vaccination rates are over 99 percent. Immunization is part of our country’s universal public health system, free for all Cubans, regardless of socioeconomic status, politics, religion, sex, or race.

The national immunization programme, created in 1962, covers the whole country. Since 1999, all Cubans have been protected against 13 potentially fatal diseases, including diphtheria, tetanus, and pertussis. Eight of these vaccines are manufactured in Cuba.

As a result of high vaccination rates, we have not had a single case of measles. In contrast, the Center for Disease Control confirmed 1,282 measles cases in the US in 2019 and has warned that there is a growing number of unvaccinated children in the country.

In 1989, the Finlay Vaccine Institute in Havana developed the world’s first effective vaccine against meningitis B (meningococcal disease). As a result, the annual incidence of meningococcal disease in Cuba dropped from 14.4/100,000 population before the vaccination campaign to less than 0.1/100,000 – eliminating the illness as a public health problem in the country.

Working partnerships on vaccination have been developed with the WHO and UNICEF. But none of these has ever suggested the need to step in to administer vaccines in Cuba. Rather, Cuban vaccine experts have been called upon to assist in global efforts to eliminate polio, and our production facilities have been tapped by the WHO to export urgently needed vaccines to the “meningitis belt” in sub-Saharan Africa.

Assumption two: Cuba’s “failed” pandemic response. It is puzzling why, with so many real COVID-19 catastrophes in the Western Hemisphere, only Cuba is labelled a “failed state”. Cuba has indeed seen a recent spike in cases that threatens to overwhelm the health system in parts of the country. However, its response has been more effective than many other nations that have not received this harsh criticism from the US.

All countries are now challenged by the new COVID-19 variants that drive sharp increases in cases. Cuba is no exception.

What makes Cuba exceptional, however, is being forced to manage an epidemic under a crippling financial, trade and economic embargo imposed by the US government for the last six decades.

The 243 additional restrictions slapped on by the Trump administration – all still in place under your presidency – were intended to close the blockade’s few remaining loopholes, and thus choke off revenues to Cuba. This has reduced the cash available to buy medical supplies and food and delays the arrival of materials to the country.

Assumption three: the only route to COVID-19 immunity in Cuba is through US-supplied vaccines. This ignores the fact that more than two million Cubans, or nearly 30.2 percent of the population, have already been fully vaccinated with Cuban-developed vaccines.

The Abdala vaccine received emergency use authorization from the Cuban regulatory authority on July 9. Abdala achieved 92 percent efficacy in Phase III clinical trials, while the Soberana vaccine achieved 91 percent and is also close to receiving emergency-use authorization. At the current rate, the entire population could be vaccinated by October or November. Difficulties in the rollout, including imports of vital vaccine ingredients, are due primarily to the financial squeeze of US sanctions.

If the US government really wanted to help Cubans, it could roll back the 243 Trump-era measures with the stroke of a pen. Congress could also lift sanctions altogether, as demanded each year in UN resolutions, which the majority of nations vote in favour of at the UN General Assembly.

During a pandemic, science dictates that we are all in this together. All of us are threatened not only by disease but also by the unprecedented challenge of climate change.

In this context, the health systems of all countries should be supported, not undermined and collaboration should be the order of the day, especially taking into consideration the alarming dearth of vaccines worldwide for middle- and low-income countries.

A number of them have already shown an interest in acquiring the Cuban vaccines, and we would argue that such a Cuban contribution to vaccine equity should be applauded by the Biden administration, not stifled. The Cuban Democracy Act of 1992 explicitly bans exports from the US to Cuba in cases where: “the item to be exported could be used in the production of any biotechnological product”, which includes vaccines.

We had a glimpse of what Cuban-US cooperation could do during the Western African Ebola virus epidemic (2013–16) when both countries strove to contain the disease and save lives. Obviously, the US and Cuban governments differ on fundamental issues, but the essential question, not only for Cuba and the US but for all of humanity, is whether nations can respect each other enough to exist side-by-side and cooperate.

President Biden, you can do much good if you move in the right direction and take into consideration what most Cubans living in Cuba desire. This does not include bypassing and weakening its public health system but does include respect for the nation’s achievements. Let us hope that the shared threats posed by the COVID-19 pandemic will lead to more collaboration, not more confrontation. History will be the judge.

The letter has been signed by:

Luis Herrera Martínez, adviser to the president of BioCubaFarma and former director of the Center for Genetic Engineering and Biotechnology (CIGB)

Agustín Lage, adviser to the president of BioCubaFarma and former director of the Center for Molecular Immunology (CIM)

Mitchell Valdés-Sosa, director of the Cuban Center for Neuroscience (CNEURO)

and more than 9,000 scientists, doctors and ordinary citizens. 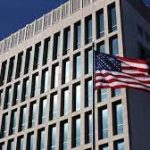 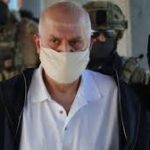 Next Story
Mexico Arrests Drug Cartel Leader Expelled By US