Ortega Admits He Rejected Meeting with U.S. Delegate Who Came to Nicaragua 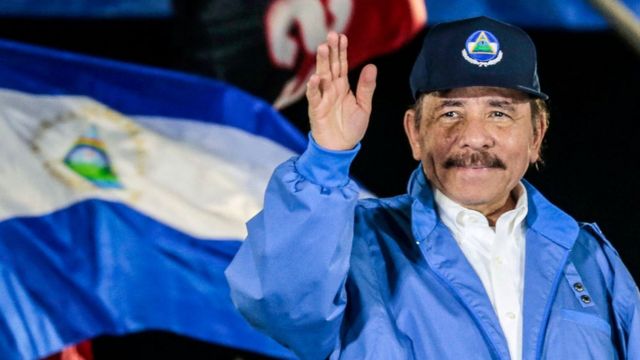 Daniel Ortega admitted that he rejected a meeting with a US State Department delegate who was in Nicaragua some months ago seeking a “rapprochement” with him. Ortega said he did so because he prefers to “keep his distance” from that country that accuses him of violating the human rights of Nicaraguans.

During his speech on the 43rd anniversary of the Air Force, Ortega emphasized that the State Department emissary “came clandestinely,” the reason why he refused to receive him.

The United States official “was here in Nicaragua” and “he wanted to meet immediately,” Ortega commented. However, “I told him that he would have to come through official channels. It would have to be a communication that would flow through our ambassador there in Washington and logically through the US Embassy here (in Managua) in order to receive an emissary and not in the way he came,” Ortega said.

The attempt of rapprochement mentioned by Ortega had already been revealed by the US newspaper The New York Times, which indicated that last March, the regime of Daniel Ortega and Rosario Murillo, through their son Laureano Ortega Murillo, “quietly approached Washington” seeking a dialogue, although the agreed meeting never took place.

The publication titled “Nicaragua’s Secretive Ruling Family Reaches Out Quietly to the United States,” mentioned that one of the possible reasons for the meeting is because sanctions “have hit the family and its inner circle hard” because many officials and several of the President’s children, including Laureano, have been sanctioned by Washington and their companies have been blacklisted on charges of laundering money for the regime.

Rejection of Rodriguez as ambassador

Ortega also justified the withdrawal of the consent granted to new US ambassador Hugo Rodriguez, hours after he appeared before the Senate Foreign Relations Committee advocating for the return to democracy and the end of human rights violations in Nicaragua.

“We already know that any Yankee ambassador comes with conspiracy purposes, they are always plotting,” Ortega warned. But “this one (Rodriguez) had not even arrived in the country and he has already begun to rant and rave. So, let him stay out, outside, shouting whatever he wants, but here on Nicaraguan soil my flag is respected,” he continued.

According to Ortega, every ambassador knows that no matter how much he represents an enemy government of the country where he is assigned, “he is there because he wants to establish communication and he is at least careful not to make aggressive or disrespectful messages within the country,” he stressed.

Rodriguez’s statements that upset the regime were made before the Senate where he stated that, if ratified as ambassador to Nicaragua, “I commit myself to work with Congress, inter-institutional colleagues and international partners to press for the return to democracy, respect for human rights and the release of political prisoners in Nicaragua.”

He condemns Pelosi’s visit to Taiwan

Ortega also condemned the visit of US House of Representatives Speaker, Nancy Pelosi to Taiwan, and described it as “an insane act,” “an invasion” and “a provocation.”

Nicaragua’s condemnation corresponds to its new position as an ally of China, a country with which it reestablished diplomatic relations last December, to the detriment of Taiwan, which Beijing considers a rebel province.

Pelosi arrived Tuesday in Taiwan on an unannounced visit that has exacerbated tensions between the United States and China, which considers the trip as a provocation to which it has responded by showing its military muscle and imposing sanctions on imports from Taiwan. (https://www.confidencial.digital/english/ortega-admits-he-rejected-meeting-with-u-s-delegate-who-came-to-nicaragua/)

Panama Crippled by Unrest Over High Cost of Living