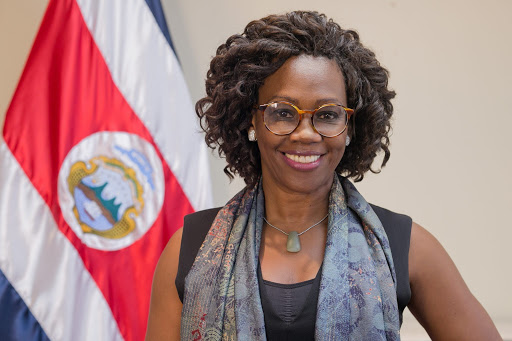 The Vice President of Costa Rica, Epsy Campbell, sent a letter to the US Vice President, Kamala Harris, inviting her to work together for the human rights of the most excluded populations, such as Afro-descendants.

“So that no one is left behind, dear Kamala, I would like to finally invite you to take advantage of this historic opportunity to contribute to an agenda that will accelerate the fulfillment of the rights of women, the Afro-descendant population, and all the people who have been victims of exclusion and that today they suffer disproportionately the impacts of the COVID-19 pandemic “, indicates the letter.

A first in the Americas

Campbell points out in her letter to Harris that, for the first time in history, the continent has in them two black female vice presidents elected by popular vote. “As Vice President of the Republic of Costa Rica and as a black woman I have joined the celebration of Afro-descendant peoples and communities around the world, who appropriate this achievement as an example to advance on the path of equality,” said Campbell about Harris’s election.

An example for all women

The Costa Rican vice president affirmed that the election of Harris means “a historic moment that opens the possibility for millions of girls and women to dream without limits and with the absolute certainty that they can go as far as they imagine.”

In the letter, Campbell explained that like Harris, she descends from “brave women and men who for centuries have clamored for the recognition of their rights, from immigrants who transformed obstacles into opportunities and whose work was and continues to be vital for development of our continent”.

Campbell recalled the teachings of her grandmother Epsy, a Jamaican woman, who “today would be proud to see her inauguration as Vice President of the United States of America, representing a victory for those who were left behind and today are in front, for those who were last and today they are finally at the top”.

“My ancestors and yours would applaud to see you, Vice President Harris, a woman who proudly raises her voice for equality, justice, and inclusion and carries with her a message of love and hope for women, migrants, the LGTBIQ+ population, and victims of hatred and persecution,” adds the letter.

“Those of us who belong to groups that have suffered discrimination for generations carry in our blood not only the strength and courage, but also the conviction, love and hope of all those who fought before us to be treated with dignity and today they are not here to live the new times,” said Campbell.

The Costa Rican Vice President relates in her letter that since the day she was sworn into office, on May 8th, 2018, she has been accompanied by the strength of her ancestors to carry out her duties and overcome obstacles, but she acknowledged that the responsibilities of the position have forced to spend less time with her family, and has also been exposed to insults and loss of privacy.

“But it has been worth it for the Afro-descendant girls in my country to walk a route with less difficulties. I would like to encourage you so that in critical moments you can have with you the image of your ancestors and the memory of their courage, but also the face of the black African-American girls who see you as a role model”, said the Costa Rican in her letter. (https://thecostaricanews.com/vice-president-of-costa-rica-invites-kamala-harris-to-join-in-supporting-human-rights/) 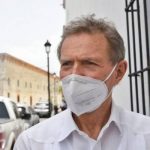 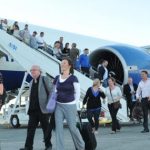 Next Story
2020: The Worst Year in Tourism History, With One Billion Fewer International Arrivals