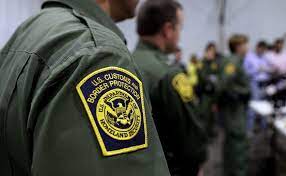 The head of the Border Patrol, Rodney Scott, told his 19,000 agents before retiring on Aug. 14 that their national security mission is paramount right now despite the Biden administration’s focus on migrant families and children who are coming across the United States-Mexico boundary at record rates.

“Over and over again, I see other people talk about our mission, your mission, and the context of it being immigration or the current crisis today being an immigration crisis,” Scott said in a video message to agents, obtained by the Washington Examiner. “I firmly believe that it is a national security crisis. Immigration is just a subcomponent of it, and right now, it’s just a cover for massive amounts of smuggling going across the southwest border — to include TSDBs at a level we have never seen before. That’s a real threat.”

TSDB refers to known or suspected terrorists, as identified in the FBI’s Terrorist Screening Database.

“Your peers or you are taking criminals, pedophiles, rapists, murderers, and like I said before, even TSDB alerts off the streets and keeping them safe from America,” Scott said. “Even if we processed several thousand migrants that day and even if thousands of them were allowed into the U.S., you still took those threats off the street, and I think that’s worth it. So please don’t ever undersell how important your mission is.”

The surge of migrants from mostly Central American countries has prompted Border Patrol to pull more than 40% of agents from the field to help transport, process, and care for people in custody, meaning fewer agents are able to patrol for national security threats. Often, smugglers send over large groups of families and children to divert agents to one area and then run other contraband or people over the border where agents are not present.

Shortly after taking office in January, CBP told members of Congress that federal law enforcement had stopped four people on the terror watchlist. A CBP news release about these specific encounters was taken down from the government agency’s website hours after going up, prompting complaints from Republicans about the Department of Homeland Security’s transparency.

The congressional briefing confirmed what House Republicans had said during a border tour in Texas in March. House Homeland Security Committee ranking member John Katko, a former federal prosecutor who was based in El Paso, Texas, during his time as a lawyer, said the international cartels were “masterfully” exploiting the border due to an easing of Trump-era border restrictions.

“People they’ve caught in the last few days [in Border Patrol’s El Paso sector] have been under the terror watchlist,” Katko said. “Individuals that they have on the watchlist for terrorism are now starting to exploit the southern border.”

The four terror watchlist matches represented a greater number than the average total seen in recent years. Although several thousand people are denied entry to the U.S. at airports each year as a result of being on the list, it is unusual for people to be encountered trying to get into the U.S. between land border crossings. The four matches were citizens of Serbia and Yemen.

Customs and Border Protection, the parent agency of the Border Patrol, would not share information about terrorism-affiliated encounters, adding that its personnel rely on multiple levels of screening to prevent people who are national security or public safety threats.

“While encounters of known and suspected terrorists at our borders are very uncommon, they underscore the importance of the critical work our agents carry out on a daily basis to vet all individuals encountered at our borders,” a CBP spokesperson wrote in an email.

“DHS works with our international partners to share intelligence and other information, including to prevent individuals on the terrorist watchlist from entering the United States,” the official wrote. “CBP adjudicates individuals encountered at and between our ports of entry against several classified and unclassified databases to determine if they pose a threat to national security, consistent with the law.”

The Washington Examiner was first to report in June that Biden administration officials were forcing out Scott at Border Patrol headquarters in Washington after 16 months on the job.

One person with firsthand knowledge of Scott’s decision said in May that Scott was told to retire, resign, or move away from headquarters. The decision by Scott’s bosses was “completely driven by politics,” even though Scott’s position is apolitical and he is a 29-year employee of the Border Patrol.

“I did choose to retire, but I am not retiring to run away from this crisis. I’m just going to fight for you from a slightly different angle,” Scott said in his message to agents, though he did not explain his future plans.

“I am asking each one of you to look in the mirror and remind yourself, and if you haven’t thought about it before, think about the fact that you are not immigration police and our job is not immigration on the border,” Scott said. “Our job is to know who and what comes in this country and then to filter it out based on the rules applied by Congress and by law. That’s critically important, and when you put it in the context of immigration only, I think you miss the bigger fight. This job is extremely important. Your mission’s very important.” (https://news.yahoo.com/suspected-terrorists-crossing-border-level-174700735.html) 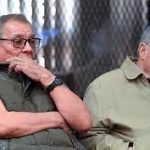 Next Story
Two Former Generals in Guatemala Will Stand Trial on Genocide, Crimes Against Humanity