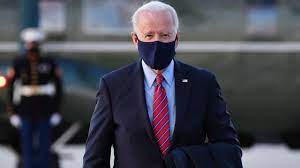 The program had previously left tens of thousands of Central American migrants waiting in tent cities where they were often subjected to violent crime.

The Supreme Court on Tuesday denied the Biden administration’s request to pause the implementation of a Trump-era immigration policy.

The Justice Department asked the court late last week to delay reinstatement of the policy, known as “Remain in Mexico,” arguing in its brief that the policy had been dormant for more than a year and that abruptly reinstating it “would prejudice the United States’ relations with vital regional partners, severely disrupt its operations at the southern border, and threaten to create a diplomatic and humanitarian crisis.”

A lower court had ordered the reinstatement of the program, forcing the administration to appeal to the Supreme Court.

The policy was meant to discourage asylum-seekers, but critics argue that it denies people the legal right to seek protection in the U.S. and forces them to wait in dangerous Mexican border cities. It requires asylum-seekers to remain in Mexico until their court dates in the U.S., and it previously left tens of thousands of Central American migrants waiting in tent cities in places like Matamoros, Mexico, where they were often subjected to robbery, kidnapping and assault.

President Joe Biden suspended the policy on his first day in office. In addition, the Department of Homeland Security announced in June that it was permanently terminating the program.

The Trump administration largely stopped using the “Remain in Mexico” policy at the onset of the coronavirus pandemic because of a public health order that allowed the U.S. to turn back virtually everyone crossing the southwest border. That public health order remains in effect.

The Biden administration appealed to the Supreme Court for an emergency stay of the order, but the court denied the stay Tuesday night because “the applicants have failed to show a likelihood of success” that they would win their claim to rescind the policy.

DHS said in a statement that it “will comply with the order in good faith.”

“DHS remains committed to building a safe, orderly, and humane immigration system that upholds our laws and values,” it said.

Omar Jadwat, director of the Immigrants’ Rights Project of the American Civil Liberties Union, called on lawmakers and the White House to end the program.

“The Biden administration was correct to rescind the Trump return to Mexico policy, the whole point of which was to punish people for seeking asylum by trapping them in miserable and dangerous conditions,” Jadwat said. “The government must take all steps available to fully end this illegal program, including by re-terminating it with a fuller explanation. What it must not do is use this decision as cover for abandoning its commitment to restore a fair asylum system.”

Paola Luisi, director of Families Belong Together, a coalition of more than 250 advocacy organizations, also pressed the Biden administration to end the program.

“We cannot accept any policy — even temporary — that separates families. We urge the Biden administration to do everything within their means to put an end to this cruel ‘Remain in Mexico’ policy once and for all,” Luisi said in a statement. 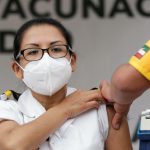 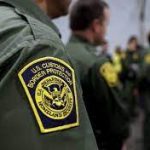 Next Story
Suspected Terrorists Crossing Border ‘At A Level We Have Never Seen Before,’ Outgoing Border Patrol Chief Says