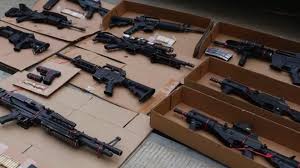 Gun manufacturers “have to take responsibility and see why their products are getting into the hands of the cartels,” said Ioan Grillo, whose research was cited in a related lawsuit.

In the last four years, Ioan Grillo traveled thousands of kilometers in crossings that took him from Mexico to the United States, Germany, Romania, Serbia, Bulgaria and Colombia, while following a trail of iron and blood. Beyond the multimillion-dollar figures and chilling statistics, the writer was looking for answers to an ethical dilemma.

Grillo asked an arms dealer in Bulgaria, “Are you worried that the weapons you sell, legally, may later fall into the hands of criminals or terrorists?” The man stared at him and said no.

The Mexican government recently filed a lawsuit against major U.S. arms manufacturers and distributors in federal court in Boston, arguing their negligent business practices have sparked bloodshed in Mexico by marketing to the country’s criminal underworld, “facilitating the unlawful trafficking of their guns to drug cartels.”

The complex world of arms trafficking and its intimate relationship with the rise of violence in countries like Mexico is the central theme of Grillo’s book published earlier this year, “Blood Gun Money: How America Arms Gangs and Cartels.” It’s a comprehensive investigation that took Grillo around the world as he persecuted designers, manufacturers, distributors, traffickers and criminals united by a single product: weapons.

“The arms industry, like the drug industry, is fascinating because they move their products with the logic of globalized capitalism and the connections of their products. The big difference is that the weapons have serial numbers and can be traced,” said Grillo, an English writer and journalist who for more than 20 years has focused on the coverage and analysis of drug trafficking, violence and organized crime in Latin America.

According to a February report from the U.S. Government Accountability Office, the Department of Justice’s Bureau of Alcohol, Tobacco, Firearms and Explosives “found that 70 percent of firearms reported to have been recovered in Mexico from 2014 through 2018 and submitted for tracing were U.S. sourced.”

According to the Mexican government, at least 17,000 homicides in 2019 were linked to arms trafficking. Authorities estimate that more than 2.5 million guns have crossed the southern border of the United States in the last decade.

Grillo’s works were cited in the lawsuit filed by the Mexican authorities.

During his most recent investigation, he was able to reconstruct the history of an AK-47 rifle from the factory that made it in Romania, through its export to the United States, its sale and its subsequent entry into Mexico — where it was used to assassinate a law enforcement officer.

“Manufacturers go to great lengths to hide tracking data from the public, because they don’t want to link stores that sell guns to people’s deaths. They are ashamed,” Grillo said.

Noticias Telemundo asked Grillo about the recent lawsuit and his book’s findings.

Noticias Telemundo: Many experts believe that Mexico’s lawsuit is a symbolic gesture considering the gun manufacturers’ legal shields in the U.S. Do you think it will have any practical consequences?

Ioan Grillo: The lawsuit in Mexico is a different and very interesting initiative because in the United States many changes in various industries, such as pharmaceuticals and tobacco companies, have begun in the courts. It is important because there are 11 very large companies that will have to bring their lawyers and undergo a judicial process.

In addition, there are precedents such as the lawsuit against Century Arms for the 2019 shooting in Gilroy, California, and the $33 million settlement reached by some families in the mass shooting at the Sandy Hook school with Remington. The fact that this is talked about in the news and that people comment on it is already a positive reaction.

The National Shooting Sports Foundation and the National Rifle Association responded to the lawsuit saying that the Mexican government is responsible for the criminal boom in the country. What are your thoughts on that?

Grillo: The United States does have a great responsibility in the trafficking of arms and the violence in Mexico. Although the Mexican Government must improve a lot, the influence of weapons that arrive through the border cannot be denied. Imagine if Russia sent 2 million firearms to Germany and that generated a wave of violence with 200,000 deaths — that would be inconceivable, right? Manufacturers have to take responsibility and see why their products are getting into the hands of the cartels.

It is not normal for someone to walk into a store and buy 85 firearms — someone in Florida to acquire a thousand guns for criminals which end up in Colombia or Puerto Rico and are used in murders. This shows that no basic attempt is made to slow down or reduce this traffic. And, in the end, companies are making a lot of money because there are millions of firearms.

In what year did your investigations detect the increase in the flow of weapons to Mexico?

Grillo: From 1994 to 2004 there was a ban that greatly reduced the sale of weapons of war. When they lifted it, huge purchases began to be registered and the war in Mexico began, before Felipe Calderón’s presidency. Between 2004 and 2006, assault weapons became available as fights broke out between Los Zetas and the Sinaloa cartels. Then everything got worse.

What do the designers, manufacturers and arms dealers you interviewed for your book think of the violence unleashed by weapons?

Grillo: They often say that people have always used weapons and see them as tools that have a demand, and they satisfy it. As long as they comply with the laws in their countries, they do not see it as something strange. That is why governments must enact other measures to control this activity.

In many European countries, arms control has yielded good results.

Grillo: When the number of firearms in the streets is controlled, the number of deaths is reduced. In France, for example, after the terrorist attacks, restrictions were intensified, and that has decreased the attacks. In fact, many [of the attacks] are with knives, because the opportunities for terrorists and criminals to obtain firearms were shut down.

What is the main difference with the United States and Latin America?

Grillo: The explosion of mass shootings in the United States is one of the consequences of the absence of arms controls. But there is a paradox because just as there are many armed criminals, they also have many trained police officers and many prisons, so there is a certain order for attacking organized crime.

In contrast, Latin American countries have thousands of criminals with firearms, mostly from the United States, but they do not have good security forces or the institutions to control the escalation of violence. In some countries, like Venezuela and Brazil, gangs steal police weapons all the time.

What is the hybrid armed conflict that is mentioned several times in your most recent book?

Grillo: It is a concept from several academics that I present — when you have 700 hit men facing an army, it’s something different from organized crime. It’s something that exceeds the behavior of normal criminal gangs.

However, it does not become a civil war like the one that was experienced in El Salvador during the ’80s, so it is a constant conflict in which you are in an apparently normal society and, at the same time, you can have paramilitary groups with 200 guys entering a town in trucks and leaving graves with 300 bodies of victims. And all that happens at the same time, as we see in Mexico. (https://www.nbcnews.com/news/latino/not-normal-big-flow-us-arms-mexico-cant-denied-author-says-rcna1700) 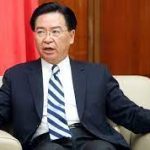 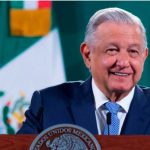