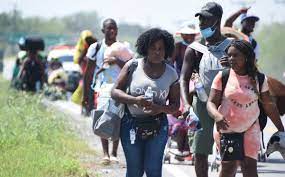 A migrant advocate in Southern Mexico says a Haitian caravan will depart for the U.S. border from Tapachula around Oct. 25 – with or without clearance from Mexico.

“We are leaving in 20 days,” activist Irineo Mujica said Tuesday on social media. “We prefer to march with (travel) papers. […] And this time, with papers or without papers, we are ready for war. If the National Guard comes and they are cowardly enough to beat women and children, let them prepare because God’s hand is with us.”

The statement from Mujica, a U.S. citizen with the nonprofit Pueblo Sin Fronteras, comes amid growing frustration from thousands of Haitians and Central American migrants seeking humanitarian visas to either stay in Mexico or have free transit north. The migrants and their advocates have been holding rallies and marches in Tapachula in recent days, according to local media.

The new caravan would come on the heels of the mid-September arrival of 15,000 Haitians and Central Americans to Del Rio, Texas. It would also confirm concerns recently voiced by a Panamanian official regarding the passage of an additional 60,000 to 65,000 Haitians through her country on the way north.

Mujica and other advocates in Tapachula last week turned to federal courts in the state of Chiapas to force the National Migration Institute (INM) and the National Refugee Commission (COMAR) to acknowledge the right of some 12,000 migrants there to seek asylum.

The court writs, known as amparos, wouldn’t guarantee asylum but would at least protect the migrants from deportation, the activists say.

The INM responded with a news release saying no Haitians have been granted such protection so far and that the writs don’t guarantee free transit, anyway.

“The INM makes this information available so that people who are migrants aren’t given erroneous information, false documents or become victims of extortion,” the Mexican agency said.

Later, it said its officers arrested 103 migrants heading north in a single bus in the state of Tabasco, which borders Chiapas.

The agency said it favors “safe, orderly and legal” migration. But activists say it’s either dragging its feet in processing the migrants’ claims or it just doesn’t want to let them pass.

“They have no intention of letting the Haitians leave, unless it is to Haiti,” Mujica said. “That is why we are seeking the amparos. With those writs, (Mexican) immigration cannot detain them, and they know it.”

Last week, another migrant advocacy group told Border Report the city of Tapachula is facing a humanitarian crisis due to the growing multitude of Haitians and Central Americans that have come across the border with Guatemala in recent weeks.

The director of the Center for Human Dignity said not only are the Haitians living in squalor in Tapachula, but that local merchants and government officials are being hostile to them. (https://www.borderreport.com/hot-topics/immigration/new-haitian-caravan-heading-for-u-s-border-in-20-days-activist-says/) 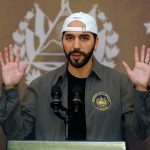 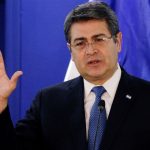