F.B.I. Is Working in Haiti to Recover Kidnapped Missionaries 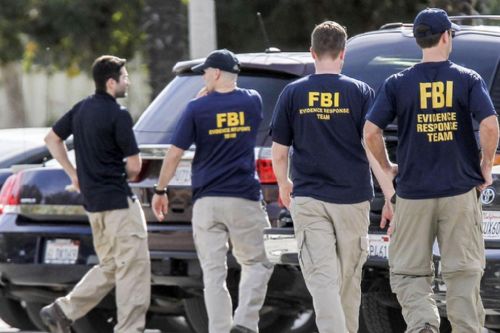 The agency is part of the U.S. effort to reach the 17 people taken by a gang on Saturday, in the latest example of the violence that is leaving Haitians desperate.

The F.B.I. and the State Department are working with the American Embassy in Haiti and local authorities to recover a group of 17 missionaries and their children who were kidnapped in Haiti, White House and law-enforcement officials said on Monday.

“The president has been briefed and is receiving regular updates on what the State Department and the F.B.I. are doing to bring these individuals home safely,” Jen Psaki, the White House press secretary, said at a news briefing. “We can confirm their engagement, and the U.S. Embassy in Port-au-Prince is coordinating with local authorities and providing assistance to the families to resolve the situation.”

The brazen attack, in which a Haitian gang captured 16 Americans and one Canadian working with the Ohio-based Christian Aid Ministries, is the most recent example of the lack of security in Haiti, where many feel violence and crime have spiraled out of control.

Small, peaceful protests erupted across the country Monday morning in at least eight towns and cities, with groups taking to the streets to demand a government response. Some burned tires and blocked roads with barricades. Many stores in the capital, Port-au-Prince, were closed, including gas stations, part of a general strike demanding the government crackdown on increasingly powerful gangs.

In Port-au-Prince and in other areas, streets were empty, with small groups patrolling intersections, tending to the flames of burning tires.

Calls for a broad strike had emerged last week, as the desperation of Haitians in the face of mounting lawlessness tipped into anger. But Saturday’s kidnapping of the group, which included five children, added to the tense atmosphere and underscored the misery of everyday Haitians.

The group that was kidnapped was taken by the 400 Mawozo gang, a growing menace in Port-au-Prince. The gang has increased its territorial control over the past year, while the government struggled to cope in the face of natural disasters and the assassination of the country’s president in July. The killing remains unsolved.

The presence of other gangs grew during the last year as well. By many estimates, about half of the capital is under the command of armed criminal groups, many of which use kidnappings to raise money, sparing no one — not even children, priests or the poor.

The 400 Mawozo gang, which the Haitian authorities believe is behind the attack against the missionaries, introduced a new type of kidnapping to Haiti this year: abducting en masse, where entire buses are taken hostage until the families of passengers can pay off the ransoms requested.

In the capital’s suburb of Croix-des-Bouquet, the gang’s growing control has left the neighborhood a near ghost town. Many families gave up their homes to seek more stable lives, hoping to once again be able to do basic things like walk down the street or send children to school without fear.

Highlighting how much the government has lost control of security, Prime Minister Ariel Henry’s convoy was shot on Sunday at as it tried to lay a wreath at the statue of one of Haiti’s founding fathers in downtown Port-au-Prince, to commemorate his assassination.

Hours later, Jimmy Chérizier, an infamous gang leader known as Barbecue, led a large procession through the capital to place flowers at the same statue that had been out of the prime minister’s reach.

The audacity of the gangs and the police’s inability to contain them have resurrected a discussion about the possibility of deploying police and security officers from other countries, perhaps under the authority of the United Nations or a regional group like the Caribbean Community, known as Caricom.

But many Haitians remain opposed to such outside intervention, seeing it as an affront to their country’s sovereignty. They also are embittered about the legacy of foreign interventions, particularly of the United Nations peacekeeping mission that was deployed in Haiti before, during and after the 2010 earthquake.

A Nepalese contingent of that force introduced a devastating cholera epidemic to Haiti, and the United Nations never provided compensation to the victims and their families. Many Haitians also harbor resentment over the failure of the peacekeeping mission, known by its French acronym, Minustah, to make their country safer and more stable before its mandate was ended in 2017.

“The vast majority of Haitians don’t like foreign military intrusions, especially given the failed intervention of the U.N.,” said Robert Fatton Jr., a Haitian American professor of politics and foreign affairs at the University of Virginia. “When they left there was nothing.”

On the other hand, Mr. Fatton said, “the police in Haiti are completely dysfunctional now — the gangs have taken over Port-au-Prince, and they are probably better equipped than the police.”

A successor mission to Minustah, known as the United Nations Integrated Office in Haiti, has no peacekeeping or security role. Its purpose is primarily to provide guidance to the Haitian authorities, including on ways to improve political stability in the country. Its mandate, which was to expire on Friday, was extended until July of 2022 by the United Nations Security Council. (https://www.nytimes.com/2021/10/18/world/americas/haiti-protests.html) 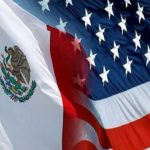 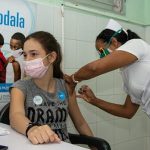