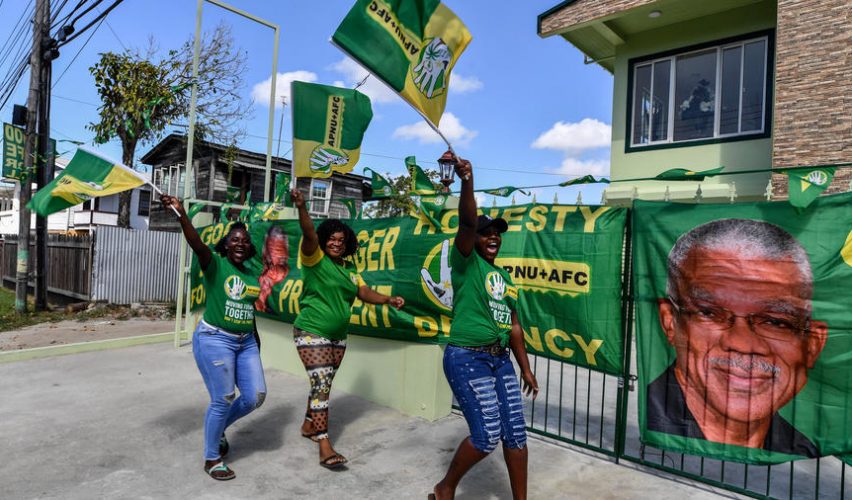 Guyana is stuck in political deadlock after both main parties declared victory in the country’s election.

President David Granger urged his supporters to be “patient” while waiting for election officials to reveal the results of the 2 March vote.

Mr Granger was defending a narrow parliamentary majority against Irfaan Ali of the opposition PPP party.

Former president Bharrat Jagdeo, also of the PPP, has accused the election authority of committing fraud.

Full election results are not expected until Friday.

Addressing supporters at US-based NGO the Carter Centre, President Granger said: “I am asking you to be patient.”

He said he hoped that “the Chairman of the Election Commission would make some form of declaration [on 5 March] but right now, it is quite impossible”.

“I crave your indulgence. Let us patiently wait on the declaration from the Elections Commission and as soon as that comes, we will be in touch with you, our faithful supporters,” he added.

Mr Granger’s party, the Partnership for National Unity and Alliance for Change (ANPU-AFC), is supported by the Afro-Guyanese community. After the vote it said it was readying a victory party.

But the People’s Progressive Party (PPP), backed by the Indo-Guyanese population, also claimed it had a clear lead.

What were the parties campaigning on?

The election campaign was dominated by how to use the windfall from oil finds which could put Guyana among the top 10 oil producers in the world.

Analysts question whether the country will be able to use the new riches to spark much-needed development, avoiding the so-called “oil curse” of economic mismanagement and corruption seen in other oil rich nations with weak institutions. 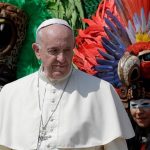 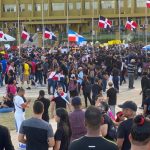 Next Story
Opposition Candidate Would Win Dominican Republic Presidency In 1st Round With 52%: Poll