Cuba Has Suffered the Consequences of Terrorism for Decades 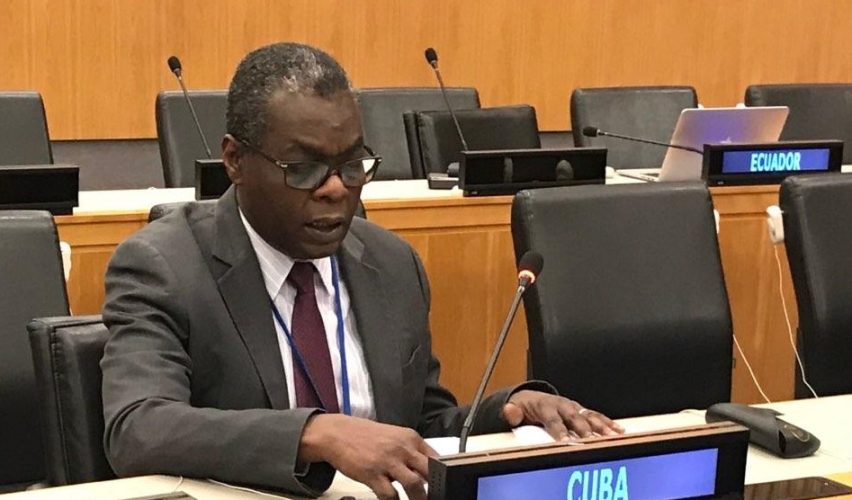 In the defense of its independence, sovereignty and dignity, Cuba has suffered the consequences of terrorist acts for decades, Cuba’s Permanent Representative to the United Nations, Pedro Luis Pedroso, recalled on Wednesday.

On his official Twitter account, the diplomat underscored how those actions killed 3,478 people and injured more than 2,000.

On Tuesday, in his speech at the Sixth Committee of the General Assembly, Pedroso also illustrated how his country has historically been a victim of terrorism.

The diplomat recalled one of the most horrendous terrorist attacks committed against Cuba: the mid-air explosion, off the coast of Barbados, of a Cubana de Aviacion aircraft, which killed 73 people.

Pedroso also condemned the terrorist attack against the Cuban embassy in Paris on July 28, the result of a brutal campaign inciting to hatred, violence and hostile acts, promoted with total impunity on digital platforms from the United States.

This is an open violation of International Law and the Charter of the United Nations, the Cuban diplomat stressed.

Furthermore, a little over a year ago, the Cuban embassy in Washington was the victim of another terrorist attack when an individual fired 32 projectiles from a semi-automatic rifle against the diplomatic headquarters, he said.

Such action endangered the lives of 10 officials who were in the building, and so far the US government has not spoken on the matter so far, the representative said.

Last Wednesday commemorates the Day of the Victims of State Terrorism, in which it pays tribute to more than 3,400 compatriots who died as a result of US aggressions.

The date commemorates the mid-air explosion of a Cubana de Aviacion plane with 73 people on board after an explosive attack orchestrated in 1976 by notorious terrorists Luis Posada Carriles (1928-2018) and Orlando Bosch (1926-2011), at the service of the Central Intelligence Agency (CIA).

The 24 members of the Cuban junior fencing team, who were returning to their country after successfully competing in the 4th Central American and Caribbean Championship of that sport, held in Venezuela, died in that sabotage, known in history as the Crime of Barbados.

A total of 57 Cubans, 11 Guyanese and five North Koreans were killed, as a consequence of that explosion.

That attack caused international repudiation, especially in Cuba, where millions of people united in multiplied grief, with an energetic and virile demand for justice.

However, this was not the only act of State terrorism suffered by this Caribbean nation, which has been a victim of those actions orchestrated by the United States for decades.

According to the document Demand of the Cuban people to the US Government for economic damages, Washington’s covert operations began in 1959, and since then, thousands of acts of sabotage have been organized, executed and financed.

They include economic, military, biological, psychological, diplomatic, media and espionage attacks and attempts to assassinate leaders, in addition to the systematic tightening of the blockade, amid the Covid-19 pandemic.

According to press reports, at least 3,478 Cubans have died and 2,099 other people were maimed for life, as a result of Washington’s violent plans against the island. (PL)