The airlines say that the  joint venture will allow passengers to book travel with any of the four carriers through the airline’s respective app. Better yet is the opportunity for members of the airlines’ respective loyalty programs to earn and redeem miles for travel on any of the four airlines’ worldwide route networks as of Feb. 13. In addition, elite members in any of the programs will be able to take advantage of reciprocal lounge access when traveling internationally as well as elite benefits.

Unfortunately, as of Monday’s announcement, specific details as to the earning and redemption rates had not yet been made public.

With the joint venture, the four airlines said they will offer a total of 341 daily combined transatlantic flights while carrying approximately 23% of total passenger and cargo capacity on transatlantic routes. In addition, passengers traveling on transatlantic routes will be able to connect on to the domestic networks of the appropriate carriers. For example, flying from Paris to Atlanta with Air France and then connecting on to Delta’s U.S. route network and then returning from Seattle to London with Virgin Atlantic.

For Air France, KLM and Virgin Atlantic in particular, the joint venture expands the reach within Europe. Additionally, the joint venture is a big improvement for the U.K. regions, as Air France and KLM’s route networks in the U.K. are much larger than what Virgin Atlantic offers alone. The tie-up also strengthens the airlines’ collective position against British Airways, which has the most robust route network from the U.K.

“Ten years after starting our joint venture with Delta, this new agreement is a major milestone that will even further reinforce our presence on the Atlantic, by allowing our passengers the choice between four major airlines combining their network for the benefit of our customers”, Air France-KLM Group CEO Benjamin Smith said in a statement. “For Air France-KLM, it also means greater access to the U.K. market and especially London Heathrow, the leading global travel market”.

In future months, the airlines said they’ll continue to expand upon the joint venture by launching more initiatives. Later this year, for example, passengers can expect to see “the launch of more codeshare routes, aligning schedules to reduce connection times and smoothing the airport experience from check-in to baggage claim”, according to a press release. Included in that is also the ability to book a multi-carrier journey and check-in and select a seat through any of the airline apps or websites. 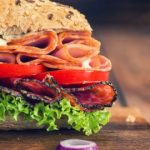 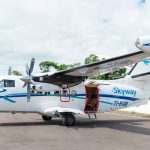